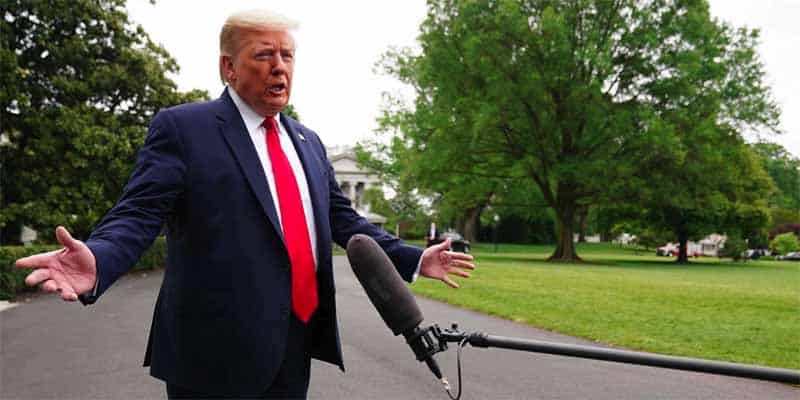 In a time when the world is facing an unprecedented challenge, history will remember how each country responded to the ongoing global pandemic.

Bookmaker.eu released a new 2020 political prop bet on Monday and opened US President Donald Trump as a +200 favorite ($100 bet wins $200) to be the next world leader to leave their country’s top job.

Which World Leader Is Next To Leave Their Job?

May 18 — Odds courtesy of Bookmaker.eu

Odds to win the 2020 Presidential Election still favor President Trump to defeat Joe Biden on November 3 and win a second term in the White House.

Political betting sites still list Trump as the perceived favorite to win reelection, including at Bookmaker.eu, but the new proposition isn’t “Trump vs. Biden” — technically, it’s “Trump vs. World.”

Trump +200 leads the world leaders expected to leave their current position.“All five leaders” is also listed at +200. The prop pits a “5-leader parlay” against “Trump losing to Biden,” so it’s safe to say that while the former is possible, the latter is more likely due to the fact that only one outcome is needed.

Keep in mind: January 21, 2021, is Inauguration Day regardless of whether Trump, Biden, or anyone else wins the presidency this fall.

Prime Ministers Boris Johnson +2500 and Justin Trudeau +3600 — from the United Kingdom and Canada, respectively — are listed as distant longshots since both recently secured reelections.

Israeli Prime Minister Benjamin Netanyahu is listed at +370. Still, his reelection deal in April to step down goes into effect in October 2021 and means he likely won’t leave until that set date.

Nicolas Maduro, the President of Venezuela, is +220 ($100 bet wins $220), and he comes pretty close to snagging the top spot from Trump and all five keeping their job.

Bettors who back Maduro should know the US Department of Justice indicted him for drug trafficking and narco-terrorism in March and that there is a $15 million reward for information to help lead to his arrest.

Obviously, that’s a sizeable bet placed by the DOJ. While the coronavirus should be the priority for the Trump administration, there’s a very strong chance he could use the powers that be to bring in the Venezuelan “President” before the general election.