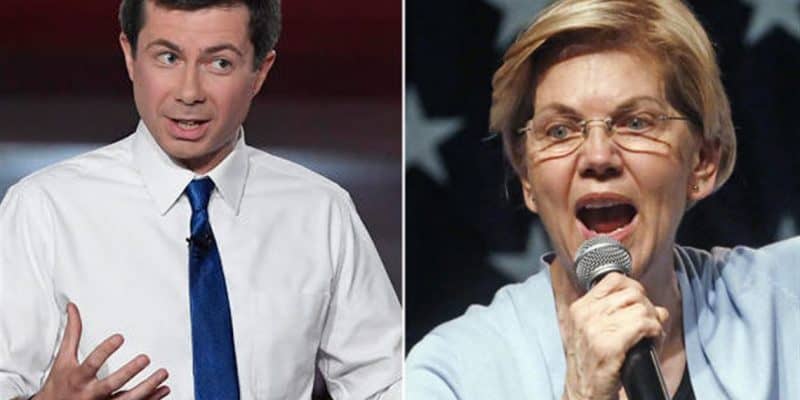 Both Buttigieg and Warren have seen their 2020 Presidential Election odds improve more than any other candidate over the past month.

The latest polling data from RealClearPolitics reflects this rise, which likely means more public money continues to be wagered on both Democrats.

Warren polls at 10.8% at the national level, placing her fourth among those seeking the 2020 Democratic nomination, edging out Buttigieg, who is currently polling at 7.2%, according to the latest aggregated data.

In Iowa and New Hampshire — the first two stops of the primary election season — Buttigieg takes the third spot with 12.0% and 10.5% respectively. Warren is close behind in fourth place and polls at 9.3% and 8.0% currently.

As for the rest of the field, not much has changed.

President Donald Trump remains the overall favorite to win re-election in 2020 at +100 (50.0%), and former Vice President Joe Biden is favored to win the Democratic nomination and places second with odds at +425 (19.05%) to win the White House next year.

In two weeks, the first Democratic presidential primary debate will be held in Miami, FL on Wednesday, June 26, and Thursday, June 27.

The 20 Democratic candidates who qualify for the debate will be randomly drawn and slotted to one of the two nights. NBC was selected to broadcast the first debate.

Below you can find the current odds for all of the 2020 candidates running for president. Several of the candidates have not been given odds yet, but this could change following the first debate.