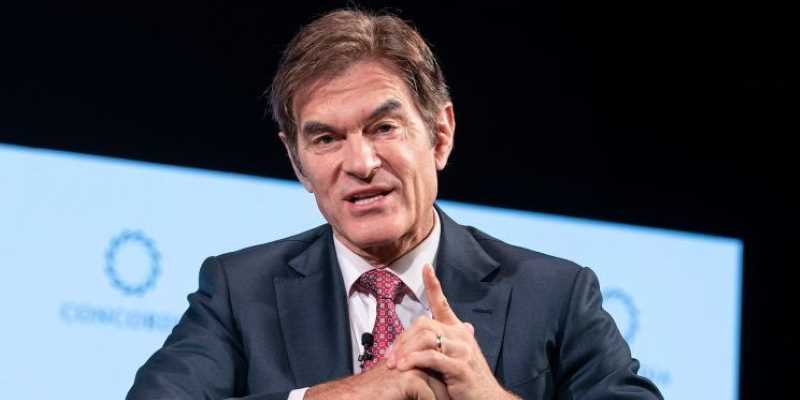 To be clear, one of the most important US Senate seats for the GOP in the 2022 Midterm elections is that being vacated by Republican Pat Toomey.

The popular two-term incumbent recently announced that he won’t be running for reelection, giving the Democrats a chance to take over at least one seat in the evenly divided upper chamber.

And that’s exactly what the best online political betting sites indicate is going to happen.

However, with the Dr. Oz candidacy, there’s a snag.

The guy is popular, has incredible name recognition courtesy of his long-running The Dr. Oz Show, and – for many voters in Pennsylvania distressed over the outcome of the 2020 Presidential election and the economic side effects of ongoing COVID restrictions – Oz might be a literal breath of fresh air.

According to his editorial in the Washington Examiner, that’s exactly how the good doctor is framing his Senate bid:

“During the pandemic, I learned that when you mix politics and medicine, you get politics instead of solutions. That’s why I am running for the U.S. Senate: to help fix the problems and to help us heal. …

I’m running for the Senate to empower you to control your destiny, to reinvigorate our great nation, and to reignite the divine spark that we should always be seeing in each other.”

For many, that message is on point. And right now, in the political realm, it seems to be working.

While most sites give the Democrats a slight edge to win in PA, Dr. Oz’ chances to be elected Senator are the best among all of the individual candidates listed.

You can see the current Dr. Oz odds and 2022 PA Senate odds below:

You already know who Dr. Oz is, but what about the other PA candidates for the state’s US Senate seat?

If you’ve never heard of most of these folks, you’re not alone – especially if you live outside the Keystone State.

Well, trending in second behind Oz is John Fetterman, the current Lieutenant Governor of Pennsylvania and the current favorite on the Democrat side.

Meanwhile, Conor Lamb, a Democrat, is a sophomore member of the US House of Representatives (PA-17), and Jeff Bartos is a former candidate for Lieutenant Governor who ran alongside Scott Wagner in the GOP’s losing bid for PA’s highest office in 2018.

Finally, David McCormick (R) is the CEO of Bridgewater Associates and, from 2007-2009, served as the Under Secretary of the Treasury for International Affairs under former President George W. Bush.

All these potential candidates have – on paper – the bona fides to hold the office for which they’re vying, with the possible exception of Dr. Oz himself.

And given that Oz is the betting favorite, that’s particularly ironic.

Still, as the Donald Trump odds proved convincingly back in 2016, it doesn’t take a career politician to win a big race, and the cat’s out of the bag.

Regardless, it’s going to be an uphill battle, as the best election betting sites still favor the Democrats to take Toomey’s seat in 2022:

The reason why Dr. Oz can simultaneously be favored to win the race as a Republican while the Democrat Party as a whole is favored to take the election comes down to two things:

The first reason is simply this: The field of candidates isn’t yet finalized. Not all of the above hopefuls have actually announced their intentions to run, making the more specific line doubly speculative. The more general line, on the other hand, is easier for bettors to wrap their heads around, and PA is still in the blue(-ish) column for now.

Basically, you can read the first set of odds like this: Of the candidates currently considered likely to run, Dr. Oz enjoys the most enthusiasm right now.

The second set of odds reads this way: There’s a long time until next November, and other more popular or credible candidates on the left may emerge.

So even as Dr. Oz seems to be in the driver’s seat, the car’s still in the garage. It’s by no means his race to lose, though it’ll be interesting to see what happens as this contest heats up.

Pennsylvania might be purple, but the Senate race is going to be red-hot!