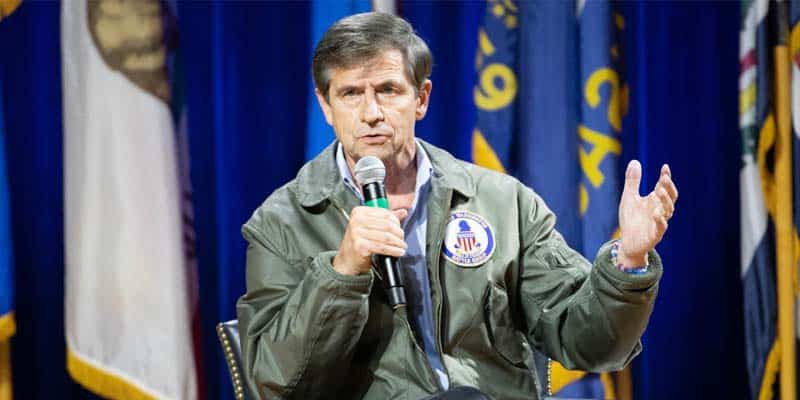 It appears the voters didn’t want more than one cup of “Joe” in 2020, and going forward, chose to go with the well-known brand rather than a credible startup.

Joe Sestak, a former 3-star Admiral and Pennsylvania Representative, announced via Twitter on Sunday that he would be dropping out of the 2020 Democratic presidential primary after launching a late, very longshot bid for the White House back on June 23.

Thank you for this opportunity! pic.twitter.com/mW5Qdi3bhT

Sestak thanked everyone who’d worked alongside him on the campaign, but stated that “Without the privilege of national press, it is unfair to ask others to husband their resolve and to sacrifice resources any longer.”

“I deeply appreciate the support so many of you offered—whether by volunteering, offering financial contributions or coming to our campaign events. I will miss the opportunities I had in experiencing America in such a wonderful way!”

The 67-year-old former congressman never qualified for the debate stage and couldn’t make a dent in any Iowa, New Hampshire, or nationwide polls. Most importantly, however, Sestak never received odds to win the Democratic nomination from any of the political betting sites.

His anti-establishment pitch and wealth of foreign policy experience could have appealed to a portion of the Democrat electorate. Still, his timing is the most likely reason why his campaign failed to gain any traction. Sestak said he initially stayed out of the race in the first half of 2019 because he wanted to focus on taking care of his ill daughter.

Currently, Trump remains at the top of the 2020 general election odds, but it’s still too early to tell who will ultimately win the White House next Fall. But with a massive ground game and a vast war chest, it’s to imagine anyone saying he doesn’t have a better chance this time around compared to his odds from 2016.