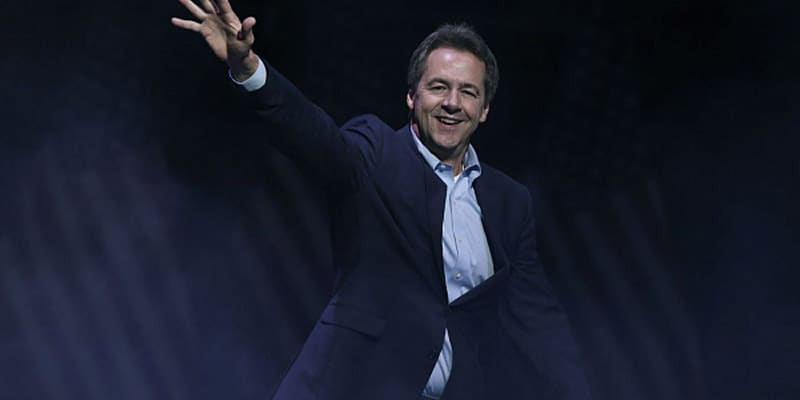 Maybe Montana Gov. Steve Bullock just wanted to return to the mountains, plains, and rivers of his home state. Or maybe he just knew his 2020 election chances were over.

Either way, Bullock took the first day back from Thanksgiving break to announce that he was ending his Presidential campaign. On Twitter, Bullock thanked his supporters.

Thank you for your belief, your trust, and your support. Read my full statement here: https://t.co/eWuRmOqjlT

“While there were many obstacles we could not have anticipated when entering this race,” Bullock went on to say. “It has become clear that in this moment, I won’t be able to break through to the top tier of this still-crowded field of candidates.”

Bullock began his run as a moderate in May. After missing the June debate, Bullock used his appearance in the July debate to sell himself as a Democrat that could win in a red state “by getting stuff done.”

Unfortunately for the Missoula native, it just didn’t catch on with voters.

Bullock’s future is unclear now that he is no longer running for President. Term-limited as governor, Bullock has said on multiple occasions that he will not run for Senate in 2020.

Galia Slayen, Bullock’s spokeswoman, said that the 24th Montana governor has no interest in taking on Republican Sen. Steve Daines.

“Gov. Bullock will continue to faithfully and effectively serve the people of Montana as their governor. While he plans to work hard to elect Democrats in the state and across the country in 2020, it will be in his capacity as a governor and a senior voice in the Democratic Party — not as a candidate for US Senate.”

Bullock is the third current or former governor to drop from the 2020 POTUS race behind former Colorado Gov. John Hickenlooper and Washington Gov. Jay Inslee in August.

Despite just announcing the end of his campaign, Bullock has little shot during his run. Bullock struggled to earn support in the polls, get donations, and to break through in the political betting odds.

Compared to the chances of frontrunners like former Vice President Joe Biden (+275), South Bend, Indiana Mayor Pete Buttigieg (+325), and Sen. Elizabeth Warren (+350), Bullock has been on the outside looking in since May.

A full breakdown of the remaining Democratic hopefuls is listed below.