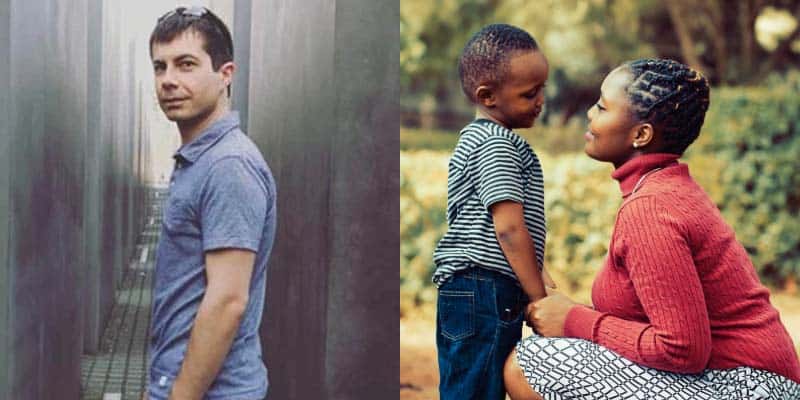 “This guy” is not a safe bet to win the 2020 Democratic nomination.

After leading the latest Iowa polls last week—and then getting even better numbers (25% with a 9-point lead according to CNN)—Pete Buttigieg’s odds broke a third-place tie with Bernie Sanders on Friday for the first time.

The Democratic nominee odds showed the South Bend mayor getting a bump to +500 odds, 16.67% chance, from his previous +600 odds, 14.29% chance, that had him tied the Senator from Vermont.

However, his nominee chances have slipped just three days after taking the lead, and Buttigieg is once against tied with Sanders at +600 odds.

He already had paltry support among the African American community, a literal goose egg in South Carolina, and 4% nationally, and we wrote on Friday that his odds of becoming the nominee are grossly overvalued.

Black voters accounted for 60% of the SC Democratic electorate in 2016, and the state marks the beginning of when candidates need to make their case to a diverse base in that more accurately represents who votes in a Democrat primary.

But the most recent revelations may cause his odds to plummet.

First, after The Intercept reported the false endorsements for the “Douglass Plan,” it was then discovered that Buttigieg’s campaign used a stock photo of a Kenyan woman for his plan for Black America.

The Buttigieg campaign using a stock photo of a Kenyan woman for its Douglass Plan for Black America is now news in Kenya.

The woman in the photo reached out to me very confused. One story here: https://t.co/H217w3QXdw

The photo was taken down in September, but the woman in the photo reportedly never agreed to use it on any campaign site.

Then, to make matters worse, Mayor Pete got caught in the crosshairs today after a 2017 Instagram photo taken by his husband, Chasten Buttigieg, surfaced.

The picture shows Buttigieg posing at the Memorial to the Murdered Jews of Europe in Berlin, Germany, with a caption that reads, “This guy.”

Jewish advocates in Europe have consistently condemned people that used the Holocaust Memorial for photo ops and have launched campaigns to shame visitors who take selfies and disrespectful photos of the site since it opened in 2005.

The Buttigieg’s Holocaust Memorial Instagram post has received significant bipartisan backlash, with many calling the photo op “insensitive” and “inappropriate,” according to Business Insider.

It’s clear the news on Friday had more of an impact on the public betting market for the 2020 election than his latest Iowa poll numbers. There’s no other explanation as to why his odds would drop after he posted in a massive 9-point lead.

And with the most recent uncoverings, “Pistol Pete” may have just shot himself in the foot, and as a result, killed any chance he had to win the Democratic nomination.