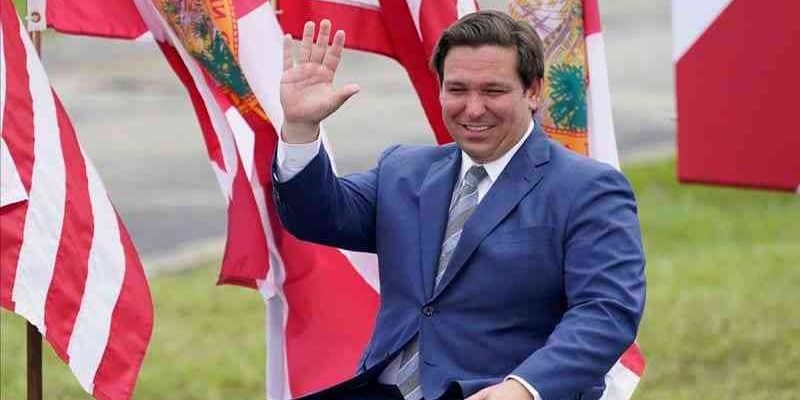 The Western Conservative Summit is a meeting of major players in the realm of conservative politics that has gathered annually in Denver, Colorado since 2010.

The 2021 incarnation of the WCS prompted a straw poll that produced some rather interning results.

The above straw poll reveals what the odds at GOP betting sites have been screaming for months now – the 2024 GOP nod will be a two-dog race between Florida Governor Ron DeSantis and former President Trump. The most intriguing element is that Ron appears to be surpassing Donald in overall GOP popularity.

Betting on Ron DeSantis will still yield a healthy profit as his below moneyline to earn the 2024 GOP nod is currently set at +450, rewarding $4.50 for each dollar risked.

Republican Nominee for the 2024 Presidential Election

The second spot among 2024 Republican hopefuls has belonged to Gov. Ron DeSantis for months, however, he is slowly closing in on the betting odds for Donald Trump. Could Big Ron be poised to overtake the Donald soon, just like he did in the straw poll?

Not likely, but the rise in popularity stemming from the DeSantis camp is sure to grab Trump’s attention soon, and it could force his hand in regard to either an announcement or an endorsement.

DeSantis is also the fourth-ranked contender in the 2024 POTUS odds with a +800 moneyline, but the dust will need to settle following the betting on Florida politics that will surround the 2022 Gubernatorial elections.

So far, the biggest concern for DeSantis’ 2022 campaign to become the next Florida Governor is Democratic Party challenger Charlie Crist.

Crist was elected as Florida Governor as a Republican and served in that role from 2007 to 2011. He ran for Governor of the Sunshine State once again in 2014 but lost to Rick Scott.

Political prediction website PredictIt offers little hope for Charlie Crist to win another term as Florida Governor, granting him a 12% chance of defeating DeSantis in 2022.

Still, there is plenty of time before November of 2022 when Florida voters will flock to the ballot box to decide whether they want four more years of DeSantis in Tallahassee.

Despite DeSantis’ enormous approval rating, that could sour if constituents feel that he will be a lame-duck Governor and only serve for two years before either running President himself or joining the 2024 Trump ticket.

That would call for several months of campaigning that will borrow heavily from the first two years of his second term before he eventually leaves for D.C. – if elected.

Look for something to erupt from Trump’s camp soon, either way.