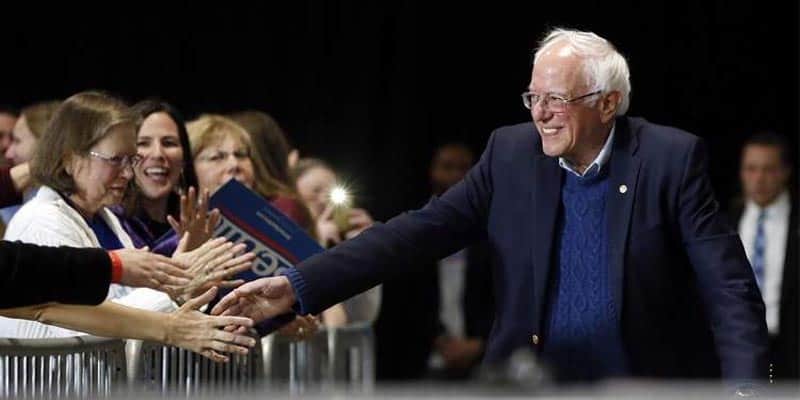 Someone better call the fire department because it looks like Iowa is starting to “Feel the Bern.”

Bernie Sanders’ betting odds to win the 2020 Iowa Democratic Presidential Caucus saw a massive increase from just a week ago, and as a result, the U.S. Senator from Vermont is now in second place behind South Bend Mayor Pete Buttigieg, who fell slightly but remains the favorite to win the first stop of the primary election season.

According to the Iowa polling average at RealClearPolitics, Buttigieg received 24% support last week but has fallen to 22.5% in polls conducted after Thanksgiving.

And it appears Sanders is on the upswing as well. The RCP average for Iowa shows him jumping from 18.3% to 19.3% support in one week and now trails Buttigieg by only 3.2 percentage points.

It’s worth noting that Sanders nearly won the 2016 Iowa Caucuses, losing 49.8% to 49.6%—only 0.2%—to the eventual Democratic nominee Hillary Clinton.

While it’s unlikely he, or any other candidate, will reach those numbers this time around due to a more crowded field, there is a good chance he’ll see stronger-than-expected voter turnout again—making him currently the safest bet to win Iowa.

Warren led in Iowa from September until the beginning of November but is overall on a downward projection, dropping from 17.7% to 16.3% support in the past week.

Lastly, Joe Biden’s odds have interestingly dropped even further despite his poll numbers increasing over the same time span.

Considering a $100 bet on Biden to win Iowa pays out $1200 if he comes out on top in Iowa, a wager on Obama’s former Vice President appears to show the most value on the board in the latest listing.

The Democratic Iowa Caucuses take place on Monday, February 3—only 53 days away—and a lot can still happen between now and then. But whoever wins Iowa will no doubt see a huge increase toward his or her odds to win the 2020 Democratic nomination.