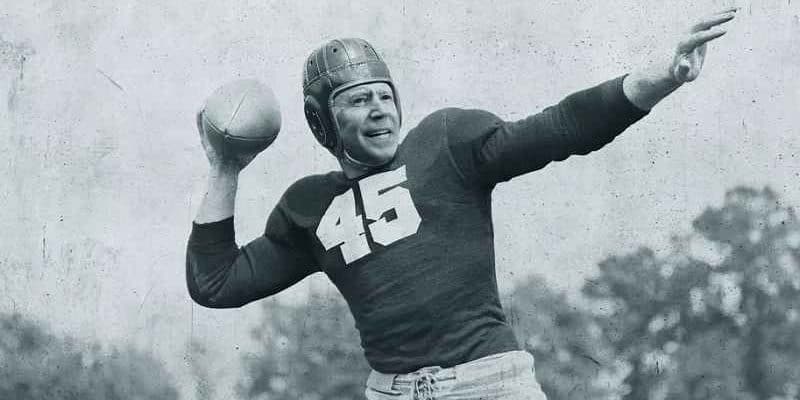 That’s especially true during the Super Bowl, as the biggest sporting event in the world garners tons of betting action not just on itself, but also on the Commander in Chief (as well as various civic issues of the day).

Most years, of course, the Super Bowl political prop bets you have to choose from are fairly mundane. But that’s because most years aren’t election years.

Similarly, the 2020 Super Bowl (or, rather, the 2021 Super Bowl capping off the 2020 NFL season) is primed to be just as historic. Less heated, perhaps, but just as potentially record-breaking and record-making.

It was, in retrospect, pretty obvious that Tom Brady – at 43 years old – would take his new team to the Super Bowl in his first campaign with the club, and that the game would be played – for the first time ever – at a participating team’s home stadium.

It was just as obvious that Brady’s heir apparent, “Baby GOAT” Patrick Mahomes, would lead his team right back to the Super Bowl a year after winning it all.

We should have known all along.

And some of us did.

Of course, what we couldn’t know is how absurd some of these Super Bowl prop bets would be.

Generally, Super Bowl props are already fairly amusing across the board, but this year (again, because 2020), the odds – especially the political odds – are pretty juicy.

Here are some of our favorites from BetOnline, though you can be sure that more will crop up between now and Super Bowl Sunday.

Note: The following odds were posted between our last article on the subject and today, so we’ve included only the new lines. You can also find those older props at BetOnline, which we covered in the aforelinked piece.

President Joe Biden is already enjoying higher approval ratings than Donald Trump did at this stage in the former President’s term, but that’s not necessarily saying much.

Historically, even immensely popular US Presidents don’t crack more than 51 or 52 percent in the approval ratings column for more than a day or two at a time.

We doubt Biden will be up to 54 percent or better on Sunday, so we like the under at -140.

What will Joe Biden say first in the CBS Super Bowl interview?

The Chiefs are the defending Super Bowl champions, so you’d think they’d get a mention right off the hop.

That said, Tom Brady will be the oldest NFL player to ever compete in a Super Bowl, just as Biden is the oldest person to ever win a first term as US President.

It really depends on the line of questioning taken by the interviewer, so there’s no telling. This is a 50-50 proposition, but both sides pay out the same.

Generally, we pass on such lines.

What will Joe Biden say first in the CBS Super Bowl interview?

Sports is supposed to bring folks together, so “Unity” seems like a solid choice at +200, but the coronavirus pandemic is on everyone’s mind, so perhaps that’ll get mentioned first.

It’ll be one of those two, though. “Healing” and “Impeach” may not be said at all.

This O/U is just under four minutes, which seems like a solid general ballpark – er, football field.

But given that the fact the interview will be virtual – and allowing for maybe a hitch or two here and there on the technical end – we could see the over hitting.

How many times will Joe Biden tweet during the Super Bowl?

Joe Biden doesn’t tweet often, and it’s precisely because his predecessor did tweet so much that we think he’ll try to differentiate himself by letting the game speak for itself.

We like the under here, despite the weak payout.

Will Joe Biden make a call to the winning coach?

After all, it’s the Presidential thing to do, and it’s something that almost always happens any time a team wins a championship in any major professional American sport.

What will be higher?

Despite winning the most votes of any Presidential candidate in history, Biden is not likely to hit an approval rating of 56 (or anywhere near it) by Super Bowl Sunday.

Additionally, that O/U is low.

There are other 2021 Super Bowl props available right now asking bettors whether this game’s total points scored will eclipse the all-time championship record.

Amanda Gorman is America’s first National Youth Poet Laureate, and she recently recited her piece “The Hill We Climb” at Biden’s Presidential inauguration.

However, Gorman will be reciting a brand-new poem for the Super Bowl.

Because of all the variables, we’re staying away from this line, though you can be sure we’ll be listening to Gorman’s words with interest during the live broadcast.

What will be said first during Amanda Gorman’s Poem recitation?

It seems unlikely that Gorman’s poem will be directly and explicitly about either team, so team names probably won’t be mentioned.

The good news here is that if she doesn’t mention either name, the wager will push. That means this could be a pretty safe bet in either direction.

Who will Amanda Gorman mention first during her poem recitation?

James Martin, Suzie Dorner, and Trimaine Davis (a Marine veteran, a nurse manager, and an educator, respectively) have been selected by the NFL as honorary captains for Super Bowl 55.

Gorman, apparently, has written a poem about these three individuals, which she will recite at the big game.

That said, there’s no telling which of the three would be mentioned first. The fact that there are three different lines here is interesting, though we can’t pinpoint the betting rationale behind it.

We’re not going on this wager.

What word will be said first during Amanda Gorman’s poem recitation?

Another tough call. We can think of viable reasons for all of the above to get top billing.

Honestly, this kind of feels like a three-way coin toss, so we’re tempted to just pick the biggest payout. But, while that’s a strategy we like for “coin toss” bets in general, it feels wrong here.

Again, we’re just going to have to pass on this one.

When will Sarah Thomas first be mentioned?

Sarah Thomas is a down judge in the NFL, tasked with eyeballing the line of scrimmage and flagging offsides and neutral zone infractions.

On Sunday, she will become the first female official to ever participate in a Super Bowl.

Already something of a celebrity in the NFL, there is no doubt that the league is going to celebrate Thomas’ historic achievement right at the outset of the game. “First half” at -300 is a stone cold lock.

Seriously, you should wager on nothing else here, just this.

And go all in.

How will Sarah Thomas wear her hair?

Usually, Thomas has worn her hair up inside her cap.

However, given that this will be the first time a female crew member has ever officiated in a Super Bowl, she will probably wear her ‘do in a ponytail as a nod to her accomplishment.

We’re not thrilled with the payout, but “Down” seems like a safe bet.

Will any player slap Sarah Thomas on the butt?

However, at -10000, the betting limits in play at BetOnline make this dead cert dead on arrival. We’re not risking a max bet to win a buck or two, and neither should you.

Will Sarah Thomas get knocked to the ground by any player?

This is always a possibility given the nature of the frenetic play that often ends on the sidelines where down judges like Thomas are positioned.

But it doesn’t happen that often, and there will be no intentional attempt to bowl Thomas over, so the “No” seems safe.

Still, that -2000 payout is not particularly tempting.

Which coach will show their nostrils first during the Super Bowl?

Any other year, and this bet would make absolutely no sense.

We suppose Tampa Bay coach Bruce Arians is the favorite here simply because he’s more animated and vocal than Kansas City coach Andy Reid, which means his mask could more easily slip down his face (or simply be removed for maximum volume projection if he’s especially cheesed off).