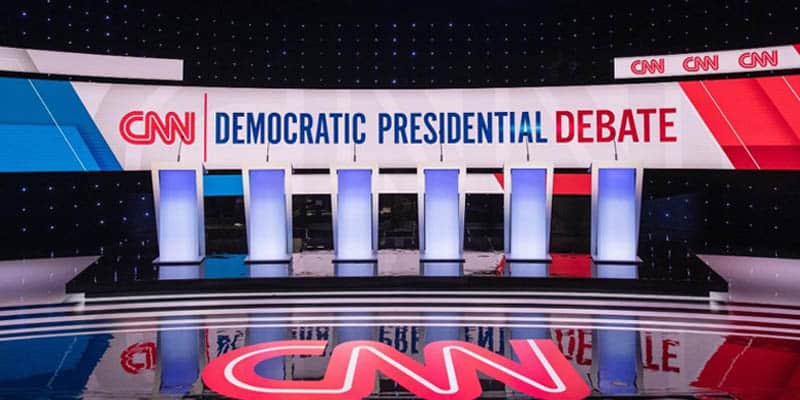 It all comes down to this.

The gloves are expected to come off during tonight’s Democratic presidential primary debate since it’s the last time the candidates will take the stage before the first votes are cast in the 2020 election.

But rest easy because we’ve got you covered with everything you need to know heading into the January debate, including the latest 2020 betting odds and the prop bets on what could go down tonight.

Who Qualified For The January Debate?

Six candidates qualified for tonight’s stage after the DNC raised the requirements for the seventh Democratic debate. Tom Steyer was the last to qualify after receiving strong support on the Jan. 10 deadline.

The following is the podium order (from left to right) for the January Democratic debate stage:

Who Didn’t Qualify For Tonight’s Stage?

Andrew Yang misses the cut for the first time after some controversy surrounding the DNC’s new polling threshold. Despite knowing very few polls would be conducted because of the Holiday season, the DNC went ahead and raised the requirements. Without a person of color on the stage, the #DebateSoWhite backlash is actually relevant this time around.

What Were the Requirements To Qualify?

Candidates were required to receive 5% in at least four national polls or at least 7% in two early-state polls, both of which had to be pre-approved by the Democratic National Committee. In addition, candidates need to receive donations from 225,000 unique individuals from 20 states.

What Time Does It Start?

The January debate is scheduled to start at 9:00 PM ET.

Drake University in Des Moines, Iowa, is the host site for the January debate.

Who Are The Moderators?

Wolf Blitzer and Abby Phillip from CNN and Brianne Pfannenstiel from The Des Moines Register are the three moderators for tonight’s debate.

How Can I Watch/Stream The Debate?

CNN is broadcasting and streaming tonight’s debate across all of its platforms. You can watch it live on CNN.com.

What Are The Nomination Odds?

Currently, Joe Biden holds the slimmest of margins over Bernie Sanders in what’s become a two-person race in the latest Democratic nomination odds.

Are There Debate Props?

You bet! All of the presidential debate prop bets on the six candidates from tonight’s debate can be found below.

How many times will Joe Biden say “Obama”?

How many times will “impeach/impeached/impeachment” be said?

Which country will be said first by a candidate?

Who will say “Trump” first?