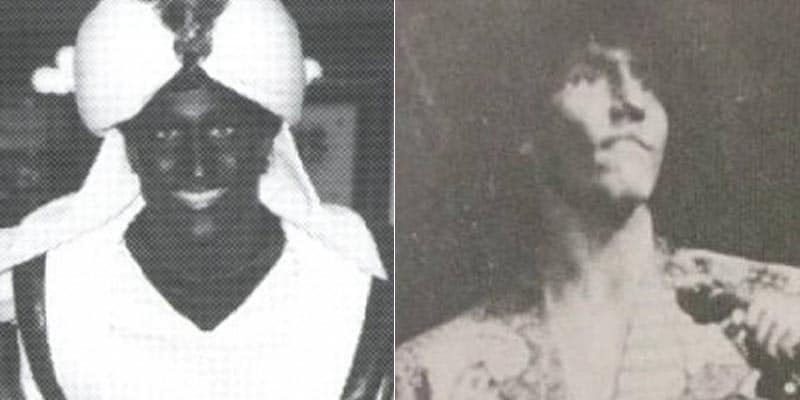 There is less than one month until the 43rd Canadian general election on October 21 and things have been pretty controversial. Even by American standards.

The current Prime Minister, Justin Trudeau, assumed the role in 2015 when his Liberal Party of Canada won 184 out of 338 seats to secure a majority government.

Although he was facing serious competition from the Conservative Party’s Andrew Scheer, Trudeau was given the best odds to win his reelection, according to multiple sportsbooks.

But Trudeau has a new challenge to face: his past.

In the last week, multiple pictures have been released of Trudeau in brown and blackface, most infamously impersonating an Aladdin-style character for an “Arabian Nights” themed party at West Point Grey Academy and as a Jamaican singer in a school talent show.

A third instance of Trudeau’s blackface was released in a video obtained by Global News, showing the PM’s body covered in dark makeup and raising his arms.

#BREAKING: A video — obtained exclusively by Global News’ @MercedesGlobal — shows a third instance of Justin Trudeau in what appears to be racist makeup.#cdnpoli #elxn43 https://t.co/IEyeLFY0xc

Trudeau has expressed remorse for the actions, claiming: “I shouldn’t have done that. I should have known better and I didn’t. I’m really sorry… I didn’t consider it racist at the time, but now we know better.”

Amid the controversy, Trudeau is not expected to resign as Prime Minister. Oddsmakers on MyBookie give the incumbent -900 of lasting until the 2019 Canadian federal election.

Will Trudeau resign before the 2019 Canadian federal election?

But what’s more surprising than Trudeau remaining in the race is that he is still the favorite to win the election at +100 odds.

Scheer is close behind Trudeau with +125 chances but is facing his own controversy. Footage of Scheer surfacing from 2005 shows the MP saying that “homosexual unions” do not have the “inherent feature” of marriage.

Outside the two frontrunners, there are other candidates in the race, including Jagmeet Singh of the New Democratic Party (+500), Maxime Bernier of the People’s Party (+4000), Elizabeth May of the Green Party (+5000), and Yves-François Blanchet from the Bloc Québécois (N/A).

Who will win the 2019 Canadian Federal Election?

With the three documented instances of Trudeau in brown and blackface already released, there is a likely chance more will surface soon. According to Trudeau, he does not remember how many times he’s worn blackface.

Oddsmakers are taking action on new blackface pictures or videos to surface of Trudeau, but only ones that were taken after his 30th birthday will count.

MyBookie gives -150 odds on new evidence being presented against the Prime Minister.

Will new footage emerge of Trudeau in blackface?

Currently sitting on three known instances of blackface, MyBookie sets the over/under of total blackface pictures and videos at 6.5 cases before Election Night in October.

How many instances will there be of Trudeau in brown or blackface?

The last two prop bets offered by MyBookie are more comedic, especially compared to the racist implications of the others.

The odds of Trudeau being photographed attending Aladdin 2 are not likely, currently sitting at -1000 chances of no pictures will be released.

Even less likely is Trudeau’s shot at a cameo in the new Aladdin. Oddsmakers only give +2500 chances to the Prime Minister appearing in the sequel. Even if he were offered the role, Trudeau would probably turn down the option.

Will Trudeau be photographed attending Aladdin 2?

Will Trudeau make a cameo appearance in Aladdin 2?