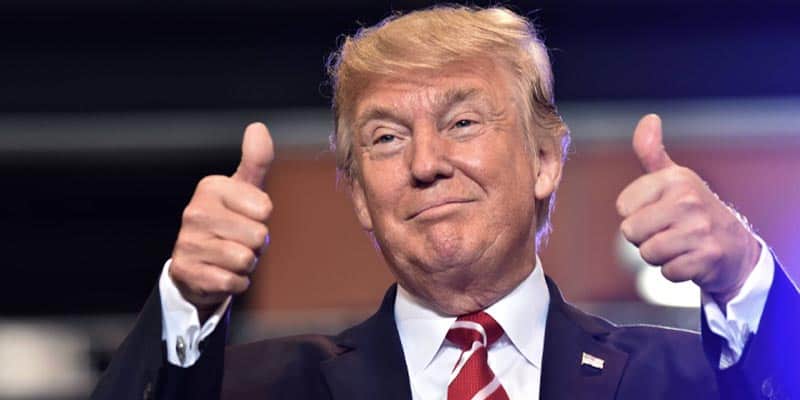 As 2019 comes to a close, it’s expected that a vote from the House to impeach President Donald Trump will almost certainly come before Christmas or in January at the latest.

And while Trump’s impeachment odds show there’s a strong chance of House Democrats voting in favor of a trial, the oddsmakers at BetOnline Sportsbook believe there’s virtually no chance that Senate Republicans will remove the President from office.

Will Donald Trump Be Removed From Office Via Impeachment?

When converted to an implied probability, we can see that the oddsmakers believe there’s approximately an 88.01% chance that Trump will not be removed from office following the impeachment vote.

On the opposite end, the political betting site posted“Yes” at +550 odds ($100 bet wins $550), which means there’s an 11.99% chance that the GOP-controlled Senate votes to convict Trump and remove him from office.

As a general rule of thumb, it’s important to understand when betting—whether it be on sports, politics, or anything—there are very few “safe bets” that exist.

Heading into the 2016 presidential election, polls and pundits across the country had framed Hillary Clinton to be a “safe bet.”

A quick Google search for “2016 election predictions” will yield countless results of major media outlets giving her a 90% to a 99% chance to win—yet Trump somehow won?

Make no mistake: Even the sportsbook didn’t predict Trump’s victory in 2016, but they certainly were more accurate with many sites giving him a 30% to 45% chance to win on election night.

But why is the 2016 election relevant to the impeachment odds?

Because betting sites have something (money) to lose every time they post new odds and props, oddsmakers weigh all the possibilities and assign probabilities mathematically to various outcomes.

It’s their job to be correct more often than the public, and they tend to play it safe. After all, if oddsmakers were wrong more often than not, they wouldn’t be in business.

If poll respondents and media pundits had to put real, cold-hard cash on their opinions and predictions, then you’d likely hear both groups begin to sing a different tune.

This is why you should ignore the polls and the media when it comes to impeachment, or at the very least, don’t look for either to make accurate predictions on a regular basis.

Because here’s the simple math:

The odds of 20 Republican Senators voting to convict Trump are far lower than the 11.99% chance currently given at BetOnline, which makes “No” on his removal from office odds one of the safest bets you’ll ever make on politics.

The only way Trump is leaving from office is if he loses in the general election, and according to the latest 2020 presidential election odds, even that’s unlikely to happen.

It’s reasonable to expect the Democrats to close the wide gap on the board once the primary season wraps. Still, it’s increasingly more likely that Trump surviving impeachment will be seen as a major win for his 2020 reelection bid.

You can debate the merits of impeachment all-day long. At the end of the day, if the votes aren’t there, then this entire process is essentially a pile of platitudes amounting to nothing.

If the Democrats somehow managed to convince 20 Republicans to cross the aisle, then Trump’s removal from office would be an even bigger upset than his victory in 2016.

But unlike 2016, Trump actually had a legitimate chance of winning, whereas his impeachment and removal from office, in an election year, have a “slim to none chance” of actually happening.