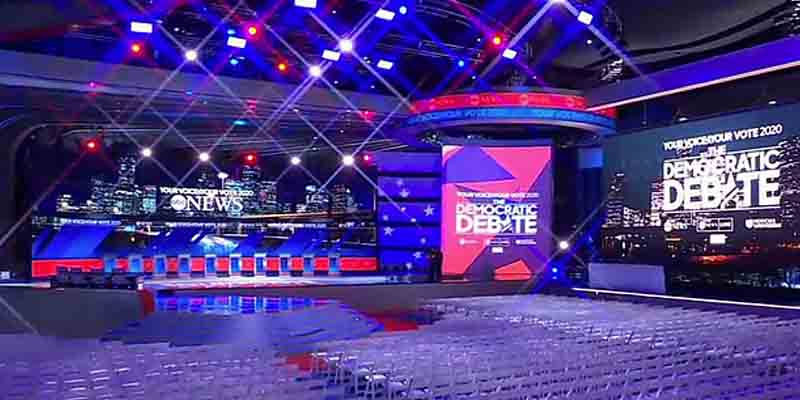 Tonight is finally the night.

After taking a hiatus during the month of August, the third Democratic debate kicks off tonight in Houston, Texas with all ten qualifying 2020 Democratic favorites on one stage.

What’s even more exciting than the future of a major political party, however, are debate prop bets. Luckily there’s been quite a few available this go-round, some of which we’ve already covered from BetOnline and MyBookie.

But BetOnline is accepting action on even more freshly released props. While most of yesterday’s bets focused on what the candidates might do or say during the debate, today’s prop bets lean towards outside factors like which candidate will be Googled the most.

This debate does not feature unique characters like Marianne Williamson or breakout stars like Tulsi Gabbard, so it’s a toss-up on who might be tweeted about most during tonight’s debate. Odds give party frontrunners Elizabeth Warren (+225) and Bernie Sanders (+300) the best odds, while Joe Biden has +700 odds.

The newness of Kamala Harris has worn off, but she still has decent chances to be the most tweeted Democrat at +400. Harris shares these odds with Andrew Yang, a candidate that will likely earn some tweets due to his recent basketball challenge to Ted Cruz.

Which candidate will be tweeted about the most during the debate?

Similar to the most tweet candidate is which candidate will be searched the most online. Biden is predicted to get the most searches with +250 odds, which is a complete 180 from his Twitter odds.

Yang has +350 odds, which could come from the aforementioned basketball game or his unique set of policies that includes his $1,000 per month Freedom Dividend.

Which candidate will be the most searched during the debate?

Democrats are usually categorized by their policies regarding gun control, health care, and immigration. Fittingly enough, oddsmakers say those three topics are likely to earn the most talking time tonight at +250, +300, and +350, respectively.

With the high amount of gun violence in America, including four mass shootings since the last Democratic debate, it’s easy to see why gun control is the favorite.

Which topic will receive the most debate time?

Will “Trump” be said in an opening statement?

ABC, the hosts for the debate, issued an email to the candidates ahead of the debate: “avoid cursing or expletives.”

Interesting wrinkle to debate prep this week.. @RebeccaBuck and I have learned that @ABC through the DNC has sent the campaigns all an email asking their candidates to “avoid cursing or expletives in accordance with federal law and FCC guidelines.” (More)

Oddsmakers believe this will have an impact on the Democrats’ speech patterns, favoring no curse words at -1000 odds.

To watch the Houston debate and keep track of the prop bets, tune into ABC, ABC News Live, or Univision between 8 and 11 p.m. ET tonight. The debate will also be available to stream on ABCNews.com and YouTube.

A list of every Democratic candidate’s odds is provided below, including Democrats that did not qualify for tonight’s debate.