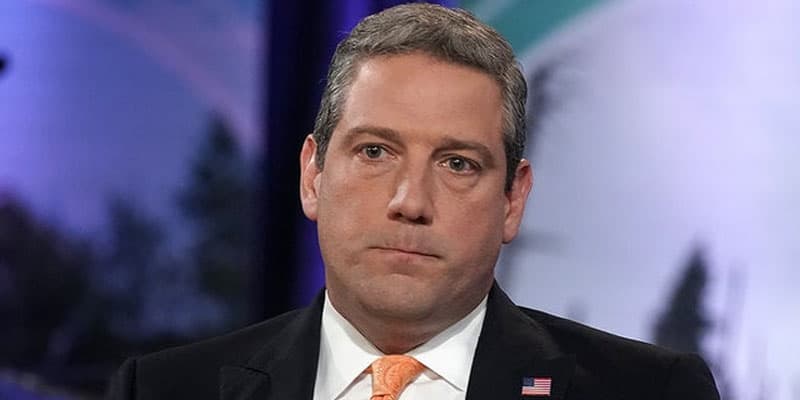 Tim Ryan Drops Out, Leaves Among Longest Of Longshot 2020 Odds

It’s been a while since a Democratic candidate with 2020 odds bit the dust.

But wait no longer: Time to reset the “It’s been X number of days since a candidate dropped out of the 2020 race” counter back to zero.

Ohio Rep. Tim Ryan announced today on social media that he was ending his presidential campaign and won’t be seeking the Democratic nomination.

I’m announcing today that I am withdrawing from the Presidential campaign.

I got into this race in April to really give voice to the forgotten people of our country. I look forward to continuing that fight.

Thank you, to everyone who supported this campaign. pic.twitter.com/BT4z3fQ205

“I am announcing today that I am withdrawing from the presidential campaign,” Ryan said in the Twitter video. “After seven long months of hard work, I will be returning home to my family and friends and community in Ohio to run for reelection for my congressional seat.”

When initially entering the 2020 race, the Democrat from Ohio had been optimistic about appealing to voters in his state and the Midwest, where President Donald Trump had won over Hillary Clinton in 2016.

But in the end, Ryan needed to be more than the “progressive who knows how to talk to working-class people.” In fact, he needed more money and better polling, generating only a total of $1.3 million since launching his bid in April and rarely polling above 1% in any state or national poll.

Nevertheless, Ryan said he would continue fighting for the workers, businesses, and people who’ve been left behind in the United States. He also confirmed that he will run for reelection in the House of Representatives.

Before Ryan’s announcement today, New York City mayor Bill de Blasio was the most recent Democrat to drop out of the 2020 presidential race, which came back on September 20.

Interestingly, a “Next Democratic candidate to drop out of 2020 presidential race” prop bet called de Blasio’s departure a few days ahead of time by listing the mayor as the favorite at +150 odds.

Do you want to know just how good the oddsmakers are at their job? Ryan, who had +300 odds, was next on the drop list after de Blasio. It may have taken a month, but the bookmaker was correct.

However, this trend may end there. Hawaii Rep. Tulsi Gabbard was next on the drop list, but seeing as how Clinton’s unsubstantiated claims provided a boost to Gabbard’s campaign, it’d be hard to see her being the next Democrat to leave the race.

And speaking of odds. What exactly were Tim Ryan’s chances of winning the 2020 Democratic Nomination or even the White House?

Well, for becoming the next POTUS, Ryan actually didn’t have any odds at all during his entire campaign, meaning he didn’t even register on the radar for the political betting sites.

But, he did manage to get odds for winning the party’s nomination!

Unfortunately, Ryan was listed at a whopping +20000 odds at the time of his exit today. When converted to an implied probability, the Ohio Democrat had approximately a 0.5% chance—not 50% by the way, half of 1% (just to avoid confusion).

To put that in perspective, Andrew Cuomo (+15000), Oprah Winfrey (+10000), and Michelle Obama (+6600)—none of whom have even announced—all had a better chance to win the Democratic nomination than Ryan.