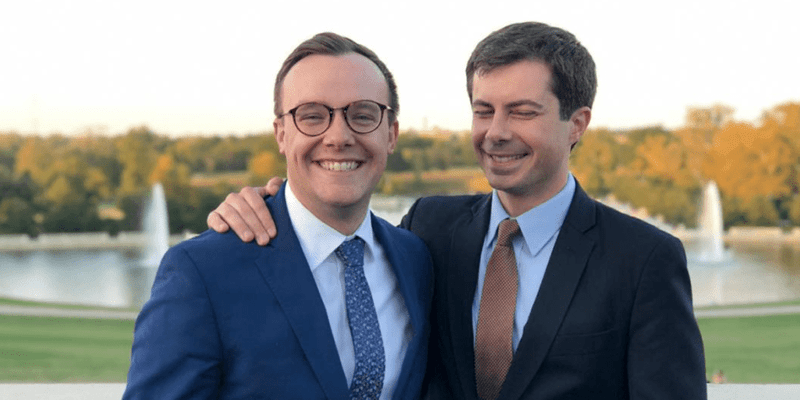 July Democratic debate prop bets: Will ‘The Squad’ or Buttigieg’s husband be mentioned?

The next round of Democratic debates starts tomorrow night in Detroit, Michigan. Oddsmakers at MyBookie are taking action on prop bets, some of which include individuals that are not even on the stage.

None of “The Squad” House members — Alexandria Ocasio-Cortez of New York, Ilhan Omar of Minnesota, Ayanna Pressley of Massachusetts, or Rashida Tlaib of Michigan — are running for president in 2020, but there’s a chance they could still be mentioned over the next two nights.

Despite being recent targets of President Donald Trump’s twitter account, oddsmakers do not give the Congresswomen high chances of being mentioned by Democratic candidates during the debate.

Will any candidate mention the Squad during the debate?

Speaking of candidates referencing others, odds are also available on how many times South Bend Mayor Pete Buttigieg will mention his husband, Chasten Buttigieg.

In the first Democratic debate, Mayor Pete became the first candidate to ever mention their same-sex partner when he talked about his school teacher husband’s student loan debt.

Pete Buttigieg mentioned his husband, Chasten, during the #DemDebate2. It was the first time that a presidential candidate has referenced a same-sex spouse during a debate. https://t.co/BuHd0kykCd

MyBookie predicts another small mention, but not too many. Odds favor Buttigieg mentioning his husband under 1.5 total times at -200.

How many times will Buttigieg mention his husband?

While that prop bet focuses on what Buttigieg might say, another focuses on how he might say it. Buttigieg, a polyglot that briefly used Spanish during the last debate, could use it again in Detroit.

How many candidates will speak Spanish during the debate?

More specifically, odds are available solely on O’Rourke’s Spanish usage. Born and raised in El Paso, Texas, O’Rourke broke the ice on the language in June and he’s expected to use his second language again in the Detroit debate at -280 odds.

Will Beto O’Rourke speak Spanish during the debate?

Former Vice President Joe Biden did not use Spanish during the June debate, but there’s a chance he could use another signature move: referencing Barack Obama.

From 2008 to 2016, Biden served under President Obama, and in the June debate, the former VP mentioned the 44th president when discussing healthcare, immigration, race, and other key points.

This time around, Biden is projected fewer mentions of his best friend with odds at -125 that he talks about the former president less than 2.5 total times.

How many times will Joe Biden mention Barack Obama?

The person to succeed Obama, current President Donald Trump, is expected to be active on Twitter during the Democratic debate. Odds favor Trump sending out more than 13.5 tweets during the debate at -120 odds.

How many times will Donald Trump tweet during the debate?

The final prop bets centers on the tech entrepreneur Andrew Yang. During the first debate, Yang did not wear a necktie, an unusual choice given the attire of his fellow candidates as well as the long-held tradition of wearing one if you’re a male running for president.

His casual style is expected to carry over into the Detroit debate as MyBookie gives Yang -400 odds of not wearing a tie in the second debate.

Will Andrew Yang wear a tie during the debate?

To watch the second debate and keep track of all the prop bets, tune into CNN or Telemundo at 8 p.m ET Tuesday, July 30 and Wednesday, July 31. Like the first debate, the debate will also be streamed on YouTube.

And you want to see the lineup for both debates, click here.