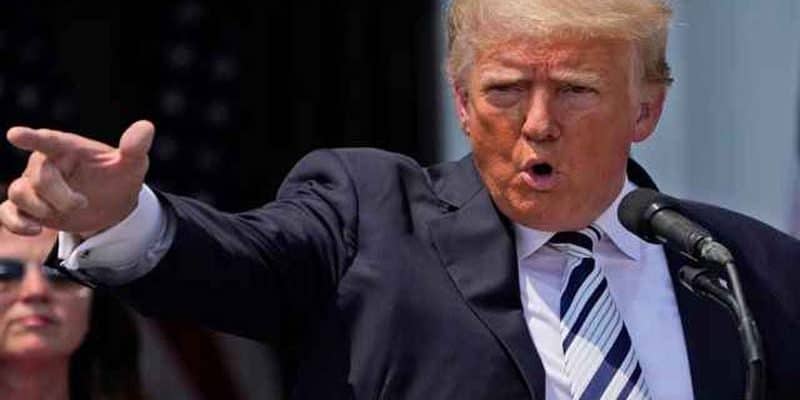 He has filed a class-action lawsuit against Facebook, Twitter, and Google for censorship─ a violation of the First Amendment.

This comes after the former President was banned from both Twitter and Facebook in connection to Trump’s tweets during the Capitol Riots of January 6th. Trump is arguing that his banishment from the platforms, along with other moderation practices, is unconstitutional.

Because these Big-Tech groups are privately owned, it is assumed that they are not subject to the First Amendment or censorship laws supplementing it. The lawsuit claims otherwise.

Does the Suit Have Legs?

In the 34-page complaint, Trump and his consorts alleged that these companies have become so deeply entrenched in the lives of the American public that they should be considered “state actors.”

The complaint addresses previously enacted legislation that protects the rights of private online entities to supervise and moderate content posted to their platforms.

However, The Communications Decency Act of 1996 was established to regulate and minimize obscene materials on the Internet without holding social media entities liable for third-party posts.

This gave budding social networks full autonomy over the content on their sites, though site moderation has proved to be a contentious topic for several decades.

Since then, many of these social media websites have grown into multi-billion-dollar conglomerates. They have become such an integral part of our communication infrastructure that political figures are expected to have and be active on these platforms.

This is one of the main points Trump fixated on as he addressed attendees at the Bedminster Golf Club.

“While the social media companies are officially private entities, in recent years they have ceased to be private with the enactment and their historical use of Section 230, which profoundly protects them from liability,” – Donald J. Trump, 07/07/21.

Although the argument has substance, a Supreme Court precedent made in Trump’s favor has the potential to completely disrupt our understanding of private and public corporations in the United States.

Furthermore, it could open the floodgates to an all-out revival of the 90’s/2000’s internet era─ where videos of actual murder were really just a click away. While this is merely speculation, it is critical to understand the ramifications of such a massive internet overturn.

If Trump should win this case, there will undoubtedly be a slew of other landmark suits to follow. Nonetheless, it will be exasperating work to prove that any of the accused tech giants should be considered public entities.

Even so, the Trumps and their affiliates are well-renowned for their exceptional legal team. While the direction of this case remains up in the air, there’s one thing for sure: Donald Trump won’t be leaving the headlines anytime soon.