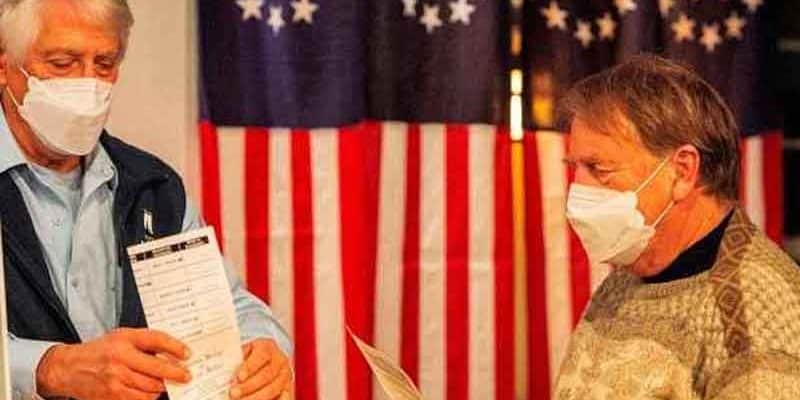 Trump and Biden Battle For The Presidency While The Odds Widen

America has made some progress finding a president in the electoral college haystack. The Associated Press has called Wisconsin and Michigan for Biden. Arizona is at 88% reporting with a Biden lead of about 70,000 votes. The only states that haven’t been called yet are Alaska, Nevada, Pennsylvania, North Carolina, and Georgia. Both GA and PA have razor-thin margins.

Election officials expect Nevada and Arizona to tally more votes today, and we will likely get updates on the new numbers within the next few hours. Biden leads NV by 8,000 votes and AZ by 70,000. The question remains whether Biden will hold these leads as votes trickle in.

Nevada is the Democratic hopeful’s most apparent path to victory, giving him the six needed electoral college votes to reach 270. If Biden loses NV, he needs to make up the difference by flipping either PA or GA.

And Democrats are cautiously optimistic (about as optimistic as a Democrat can be) about their chances in PA. Officials have yet to count 13% of the votes, and reports say that the majority of those votes are coming from Democratic cities Philadelphia and Pittsburgh, along with neighboring Democratic counties. GA also has 50,000 ballots yet to be counted from the Atlanta greater metropolitan area.

President Donald Trump has increasingly limited paths to an electoral college victory. As it stands, the incumbent needs to take all the remaining states to reach 270 electoral college votes. With winning outright by the numbers slips from the Trump administration’s grasp, much of their energy has shifted to pursuing court battles.

Trump has already requested a recount, a maneuver that the law allows if the vote margin is within one percent. While this is the case for Wisconsin, closing a 20,000-vote gap is statistically unlikely. Historically, vote recounts usually only shift the margin by a few hundred votes.

We have claimed, for Electoral Vote purposes, the Commonwealth of Pennsylvania (which won’t allow legal observers) the State of Georgia, and the State of North Carolina, each one of which has a BIG Trump lead. Additionally, we hereby claim the State of Michigan if, in fact,…..

The Trump campaign has lawsuits in Michigan and Pennsylvania. Michigan’s suit revolves around Republican poll watchers being denied access into the counting locations, demanding the counting be stopped. However, these reports are unverified, with multiple claims by individuals of hundreds of GOP challengers present at the counting centers.

Meanwhile, the PA lawsuit revolves around mail-in ballots. The administration wishes to stop the count in PA due to allegations of Democrats again “hiding the ballot counts.” The PA Supreme court already ruled on this case, claiming that under the PA constitution, poll watchers cannot review ballots signature by signature.

Some believe the suits are last-ditch efforts from a candidate that knows he’s behind. The presidential election odds reflect that sentiment among bettors.