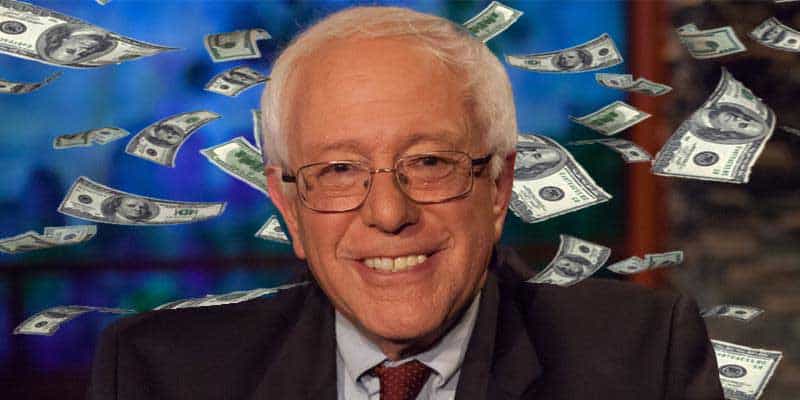 “Show me the money!”-Bernie Sanders, probably.

During the first quarter of 2019, the Vermont senator raised $18.2 million in the six weeks since his official announcement in mid-February and takes the top spot among candidates in the Democratic field seeking to win the 2020 presidential election.

Donations and contributions from fundraising are the life-blood of any presidential campaign — shocking, I know — and without them, you’re candidate might as well stick a fork in his or her bid because it’ll be well-done.

And because of this well-known fact, the 2020 presidential election odds will likely see drastic changes as candidates surprise or disappoint with their campaign’s fundraising efforts. However, the Democrats have a lot of ground to catch up seeing as how President Donald Trump has reportedly raised over $100 million in his re-election bid since 2017.

Julián Castro (+7500|1.32%) – The former San Antonio mayor told MSNBC earlier this week that he has yet to reach the 65,000-donor threshold that is required to qualify for the Democratic Presidential debates beginning in June.