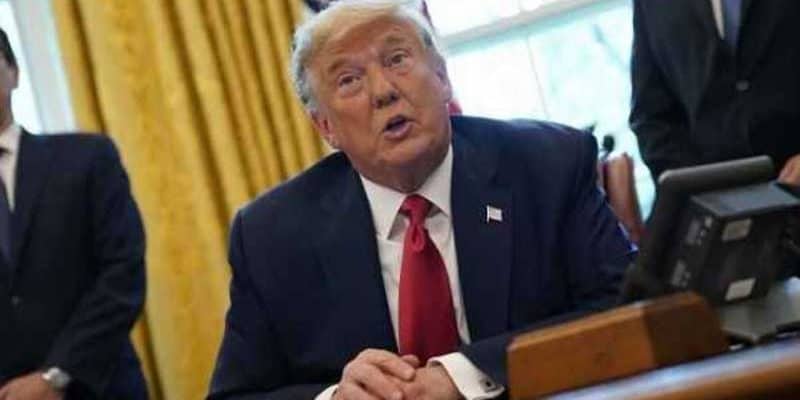 The state of Georgia officially finished their ballot recount today, poising Biden as once again the winner over Georgia’s electoral college votes. Governor Brian Kemp remained on the sidelines throughout the retallying process, refusing to comment on the Georgia recount.

Later today however, Governor Kemp plans to sign-off on the electoral slate going towards President-elect Joe Biden. President Trump and his team of lawyers continue to peddle their claims of voter fraud, exhausting nearly every possible avenue to overturn the election results.

District courts shut down over a dozen lawsuits in US battleground states filed by the Trump campaign and its pundits. While Rudy Giuliani continues to sweat out wobbly defenses of widespread voter fraud claims, Trump plans to convene with Republican lawmakers in Pennsylvania and Michigan.

Trump has sent invitations to Michigan House Leader Lee Chatfield and Republican Majority Leader Mike Shirkey. Leader Chatfield today travels to the White House to answer the President’s call. Biden leads in Michigan by a whopping 154,187 vote lead, and sources wonder what Trump’s strategy behind the meeting will be.

Sources claim the President extended similar invitations to Pennsylvania Republican lawmakers, although it is still too early to tell whether any officials accepted the invitations. In Michigan, two election board members from Wayne County, which includes Detroit, filed affidavits to rescind their votes to certify the election results.

MI Majority Leader Shirkey passed a Senate bill on September 24th, assuring that electors vote for the candidate with the most votes as certified by election officials. While Trump supports the two Wayne County officials, his strategy most likely revolves around strongarming the Republican lawmakers into allowing the certification process to be delayed.

According to Federal law, a “safe harbor” deadline exists for when states must certify their election results and pledge their electoral college to the candidate with the plurality of votes. This year that deadline is December 8th.

Although this has never happened before in US history, the law allows a state’s legislature to bypass the voting process and present their own slate of electors if election officials do not certify a result by the safe harbor deadline. In states with Republican-led legislatures, the electoral slate would almost certainly comprise loyal Republicans.

The Trump team of course will not admit that their strategy behind the lawsuits is delaying the certification process until they can circumvent the entire American electorate, but strategic meetings with Republican lawmakers from states like MI and PA might point to their true intentions.

As countless officials continue to debunk claims of widespread voter fraud, President-elect Biden prepares for his transition into the White House. President Trump has ostensibly blocked the normal transition process. White House officials from the incoming administration usually during these times work with their current administration counterparts for briefing/training purposes.

Those administrative steps have not taken place, and Trump has blocked the General Services Administration, the regulatory body over the transition process, from aiding the Biden Administrations’ transition efforts.

As countless world leaders congratulate Joe Biden for his Presidential victory, the President-elect has begun choosing his new cabinet members, attempting to hold true on his promise of bringing diversity into the East and West Wings.

White House press secretary Kayleigh McEnany will now hold the first press conference since October 1st and will likely field questions on the status of the presidential transitions, and the incredible spike in coronavirus cases surging throughout the United States.