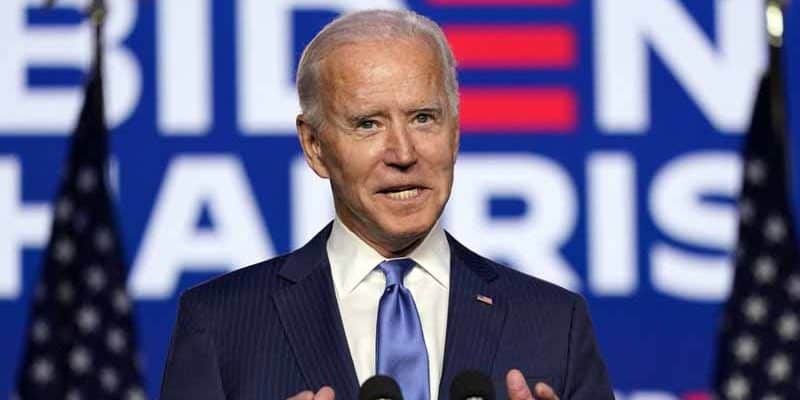 President-elect Joe Biden forges ahead his administration’s transition into the White House. Individual key Republican officeholders ceded victory to the Delaware Democrat, while others remain silent. Republican officials reluctantly support the Trump administration’s refusal to admit defeat, caught in a political catch-22. Meanwhile, sportsbooks look ahead to the 2024 presidential election.

The Republican party remains keenly aware of how much their party base aligns with Donald Trump; the party tiptoes its way around the question of a transition of power in hopes of maintaining that voter base once the election officially ends.

That’s why some GOP officials such as Rick Scott, Mitch McConnell, and Lindsey Graham voice concerns over counting every legal vote but don’t corroborate the President’s claims of widespread voter fraud. Senate leader Mitch McConnell walked this line on his Twitter last Friday.

Here’s how this must work in our great country: Every legal vote should be counted. Any illegally-submitted ballots must not. All sides must get to observe the process. And the courts are here to apply the laws & resolve disputes.

Leaders such as Mitch McConnell seek to consolidate their power within the party. Thus, appeasing the extensive Republican voter base remains in their best interest. However, some believe that this strategy by Republican officials fans the President’s claims of voter fraud.

John Bolton, the former National Security Advisor to President Trump, writes, “…this coddling strategy is exactly backward. The more Republican leaders kowtow, the more Trump believes he is still in control, and the less likely he will do what normal Presidents do…”

“We need his voters. He has a tremendous following…He can have a tremendously positive impact on the outcome of the Georgia Senate…We want him helping Georgia for sure.” Stated Senator John Thune (R), the Senate Majority Whip.

Indeed, the Republican Party needs to figure out how to fill the post-Trump vacuum. Do they need another populist leader able to control the nation’s pulse with their Twitter feed? Do they create space within the party for disenfranchised Trump supporters? Do they move the party in a more progressive direction away from old-school conservativism?

The Trump administration will not let power slip out of control so quickly. Rumors circulated of Donald Trump Jr. trying to become an RNC official. Kayleigh McEnaney also commented on Trump’s legacy, claiming that it will guide the Republican party’s policy for decades to come.

Even when accounting for alleged voter fraud, the numbers point to Biden as the winner of the 2024 Presidential election. While Biden pushes ahead, setting up his cabinet, staff members, and fielding calls from foreign leaders, the sportsbooks already posted 2024 election odds.