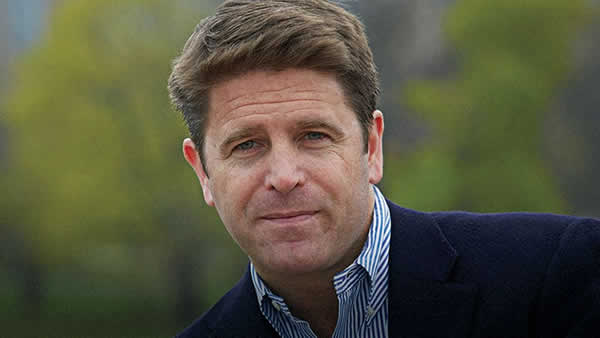 Brad Thor Announces He Will Run for President In 2020

President Donald Trump seems to have enjoyed campaigning more than the actual presidency. He has even stated that he is looking forward to campaigning again in 2020 and it is probably because he doesn’t see any real competition. However, conservative author and commentator Brad Thor recently announced he will challenge the Republican president in the upcoming election.

Thor hinted at a possible campaign if no conservative representatives stepped up to the plate. He tweeted that he will “absolutely challenge” Trump in 2020 because he feels that “America deserves better leadership.” He then shortly made it official and said that he is in for the 2020 race. However, Thor has yet to officially file with the Federal Election Commission, but he seems intent on following through with his proposal.

The New York Times Bestselling author is known for his thrillers, including The Lions of Lucerne, The First Commandment, and The Last Patriot. His books have received praise and criticisms, especially the latter work. The Last Patriot has been slated as Islamophobic. Thor is also a frequent commentator on the Glenn Beck television show and has appeared on several other Fox News Channel shows.

It is unclear whether Thor has any funding behind him yet. He will need to launch a political action committee (PAC) in order to get things going. Trump has an advantage over him in terms of financial support, but Thor has an advantage in being anyone else besides Trump. If we are talking presidential election odds, there are several things to consider.

For starters, Trump’s presidency has been a constant misfire. He has taken flak from all sides, including his own, and is the subject of numerous investigations and scandals. The White House seems to be a revolving door of people filling positions they seem unqualified for, thus sparking even more criticism. Some people are wagering on whether not Trump even makes it a full term before being impeached.

Thor’s promise to provide better leadership could resonate with conservatives that are tired of Trump. However, Trump still has a large mass of supporters. No matter what scandal breaks, there are always people coming to his aid and defending him. It is these people that could carry Trump into a second term. Not many thought he would even get a chance at the presidency. The fact that he won opens up a world of possibilities for fringe candidates.

On the Republican odds, Thor is the only person to state they want to directly challenge Trump. Thor isn’t even listed in most sportsbooks, meaning he is a true outside candidate. These next few months will be interesting if he picks up support and starts to gain some financial traction. For now, keep an eye on Thor and what happens as well as if any other people come out in opposition to Trump’s second term (formally, at least).