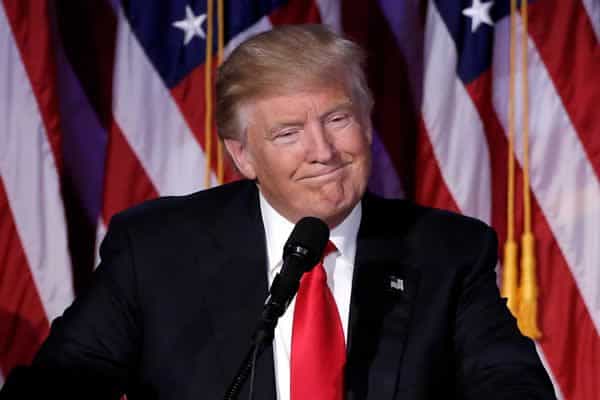 Could Trump Be Helping His Odds Of Reelection?

President Trump’s tenure as Commander-in-Chief has been rocky to say the least. He has made his fair share of enemies with repeated scandals, his endless Twitter stream, and the constant negative media portrayal. His most recent scandal involved a policy that saw families of illegal immigrants being separated at the border with kids being placed in temporary camps. After some serious backlash, Trump signed an executive order that brought a halt to the controversial policy.

After Trump signed the executive order, the media hailed his actions as heroic while others pointed out that he was shamed into signing it. There are debates over the origin of the law that saw these families torn apart, but to be honest, no one remembers that stuff, especially when it comes to election day. What will be remembered is the fact that President Trump is the one that brought a stop to this terrible policy. His side will spin the story that he saved the day, and regardless of what actually happened, the narrative will be in his favor.

Another example of this can be seen with Trump’s recent meeting with North Korean Dictator Kim Jong Un. North Korea has long been a rogue nation and is one of the only dictatorships left. Kim is an unstable leader with nuclear capabilities. If there is to be another major war, many expect North Korea to be the perpetrators of it. Trump’s meeting with Kim saw the dictator promise to not use nuclear weapons as a threat. Whether this tease of peace is legitimate is another story, but again, the narrative reads that Trump broke bread with North Korea and was able to secure an agreement. When it comes time for reelections, you can rest assured that this success in foreign policy will be a pillar of his campaign.

The one place Trump will suffer the most loss is the midterm elections later this year. If he loses control of Congress it will be much harder to get things done. The GOP has already had struggles with passing healthcare and tax reform, so working with the Democrats will not be any easier. If Trump loses control, the remaining 2 years of his presidency will likely be lacking of any major legislative overhaul. If anything, the Dems will do everything they can to push him out completely.

As of now, Trump is still the oddsmakers’ favorite to win the 2020  presidential election. He is the top potential Republican candidate over Mike Pence, Michael Bloomberg and Ben Shapiro. With Paul Ryan retired, it doesn’t seem like he would run for president. The top democratic candidates are Bernie Sanders, Kamala Harris, Joe Biden, Cory Booker and Elizabeth Warren. After reading these names, it is clear to see why Trump is still favorited. He may have his opposers, but Trump knows how to bend the narrative in his favor and he still has a large body of support that could come in handy with the 2020 election.