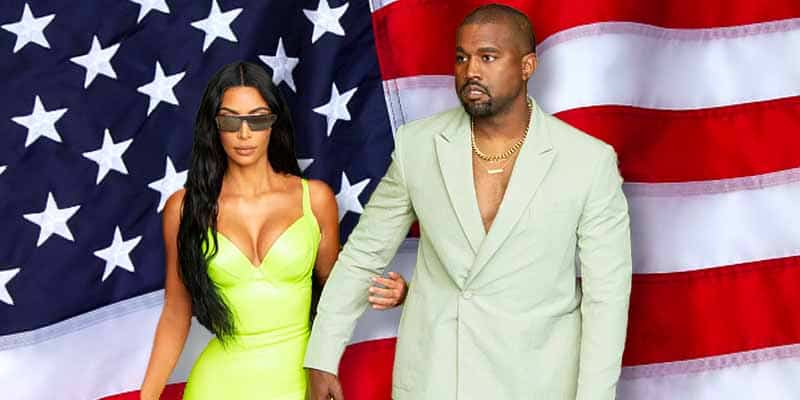 In a surprise announcement on the evening of July 4, rapper, billionaire, and husband to Kim Kardashian, Kanye West, announced his intentions to run for President of the United States in 2020.

His announcement came via his Twitter account, and it was accompanied by the hashtag #2020VISION, which appears to a makeshift slogan for his 2020 Presidential campaign.

We must now realize the promise of America by trusting God, unifying our vision and building our future. I am running for president of the United States 🇺🇸! #2020VISION

Although West has yet to file the appropriate paperwork to become a Presidential nominee and get on the ballot in any states, major political sportsbooks have already placed him between third and fifth in the betting odds for who will attain the Oval Office in November.

West was heavily criticized in 2015 when he expressed support for then Presidential contender, Donald Trump, even going so far as to wear a “Make America Great Again” ball cap.

His support of Trump during his first election campaign has many pundits curious about West’s intentions. Could it be a ruse to draw African American votes away from Joe Biden, allowing for Trump to attain a narrow victory?

On paper, that seems like a feasible scenario, but it was only a few short months ago that Kanye’s appearance at a Black Lives Matter protest over the killing of George Floyd caused many in attendance to reject his participation.

More than likely, this is merely a stunt to promote Kanye’s latest album, “God’s Country,” which debuted this week.

Another factor that makes West’s intentions seem like a stunt is the following quote from GQ Magazine in May.

“No, I’m definitely voting this time. And we know who I’m voting on. And I’m not going to be told by the people around me and the people that have their agenda that my career is going to be over. Because guess what: I’m still here! Jesus Is King was No. 1!” –  Kanye West

In that same GQ article, he also cited his penchant for purchasing real estate, and how much better the market is during the current regime as opposed to the prior.

West will have to file as an Independent and has already missed filing deadlines in several states. All hope is not lost in the states that he will not qualify for, as he can still make an impact as a write-in candidate.

The following betting line has appeared on whether or not West will win a single state in 2020, and the odds are not favorable.

Will Kanye West win a state in the 2020 election?

There is also a line on whether West will appear in any of the Presidential debates. These odds are also unfavorable but there is some good money to be made if he does make an appearance.

Will Kayne West participate in the election debate?

Think about it. If West can aid in Trump’s re-election, then FOX News will desire that he appears on the debate that their network hosts.

The same can be said for CNN. Their fledgling ratings need a boost, and West could provide them a nice pop. After all, it was CNN that reaped the benefits of Trump’s ratings boost in 2015, so there’s no reason to think that their executives wouldn’t favor another bump.

It is not too late for Kanye West to make a significant impact on the 2020 Presidential elections, and his participation will certainly add a spark to what has already been a wild year on all fronts.