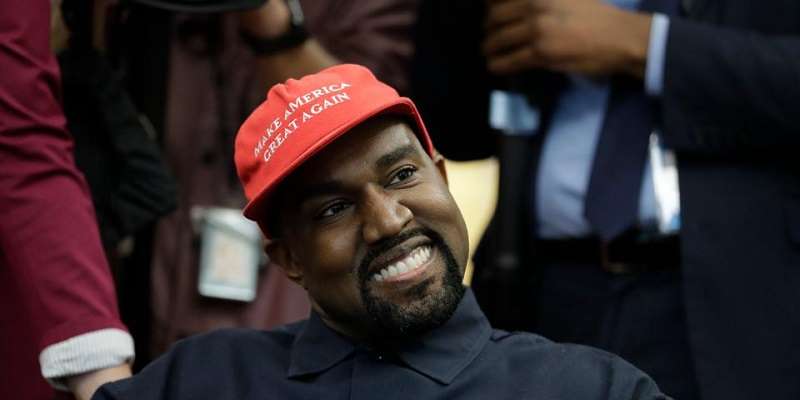 Kanye West Remains In Presidential Race Despite Reports Of Drop Out

Just 24 hours ago, reports were surfacing that Kanye West had ended his bid for the 2020 Presidency and had dropped out of the race.

It turns out those reports were false. West is back in the hunt and has filed presidential committee documents with the Federal Election Commission per a report by Fox News.

According to the filing, “Kanye 2020” will be the name of his campaign, a departure from the #2020VISION hashtag that his Presidential candidacy announcement tweet contained.

West’s intentions to continue his Presidential run is great news for those that are interested in wagering on election outcomes as the filing of his campaign documents have inspired a fleet of political prop bets at top-rated sportsbooks.

The following political prop bets are courtesy of MyBookie Sportsbook.

West has been on the boards at political sportsbooks since his July 4 tweet announcing his candidacy, but as you can see, his odds suggest that he has no real chance of winning.

Largely due to the timing of his campaign, and his previous statements of support for Donald Trump, many pundits believe that this is merely a stunt to draw votes away from Joe Biden.

West recently stated that he has withdrawn support for Trump because of his response to the ongoing Black Lives Matter protests across the country, but even this withdrawal is suspect. Just by attempting to run for President indicates that he believes he could do a better job than either the DNC or GOP candidate, so why issue a statement that should be obvious to everyone?

Will K. West File A Statement Of Candidacy?

Now that Kanye has filed his campaign documents, a statement of candidacy should be in the works. A wager of $140 will earn $100 if he indeed files, which seems like a safe bet at the moment. For those of the mindset that West’s foray into politics is a hoax, the following betting line may be of interest to you.

The over/under has been set for August 1st for West to drop out, but that wouldn’t make a lot of sense with him registering his campaign on July 16th. Many political analysts are intent on viewing this run as entirely illegitimate, but is that wise considering Trump’s historic rise to political relevance in 2016?

Don’t sleep on Kanye West. With Trump’s sagging ratings and Biden seemingly on the verge of a mental collapse, West could be closer to the White House than many think. Trump became a GOP frontrunner after issuing one comment regarding illegal immigration in the USA. Could West employ that same playbook and issue a statement that resonates with American voters enough to propel him to the top of the leaderboard?

If West’s candidacy is a hoax, then it certainly has a purpose, whether it is for album sales or to siphon votes away from a particular candidate. If he were to suspend his campaign, he would likely endorse either Biden or Trump, and the following two betting lines suggest the latter.

Because West is filing so late in the game, he is unable to run as a Democrat or a Republican, as deadlines have passed and primary election cycles have already concluded. West is officially a member of the Birthday Party (BDY). Again, while this designation is hilarious, don’t make the mistake of taking West lightly. After Trump’s 2016 victory, anything can happen.