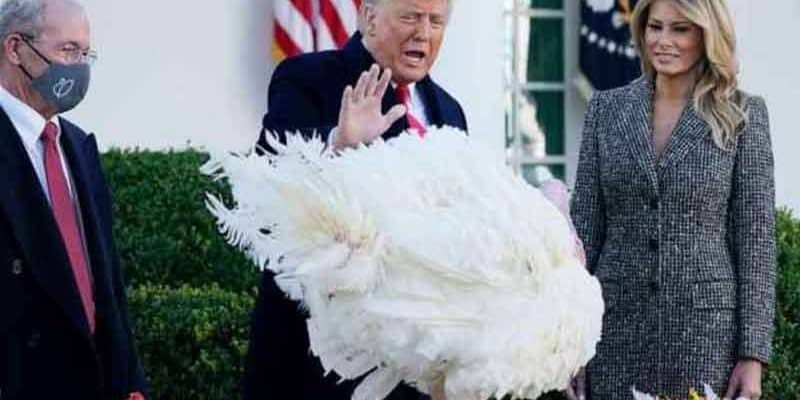 First reported by the New York Times, sources close to the President noted that Donald Trump is considering pardoning not only himself but family and close associates. Those individuals mentioned in the report are Donald Jr, Ivanka, Eric, son-in-law Jared Kushner, and personal attorney Rudy Giuliani.

The source claims that the President expressed concerns over possible legal attacks from the Biden administration and Democratic party pundits to himself and his family. Rudy Giuliani claimed that the alleged conversations were “a lie” and false.

Last week Donald Trump granted a controversial full pardon to former national security advisor Michael Flynn, who twice pleaded guilty to lying to the FBI. Trump allies claim that the FBI entrapped Flynn and cornered him to plead guilty to attack and undermine the Trump administration.

Moreover, the Department of Justice released redacted court documents concerning an investigation into cases of “bribery-for-pardon.” The investigations involve individuals not registered as lobbyists under the Lobbying Disclosure Act, who attempted to negotiate pardons and commutations for their clients. The investigation mentions a case in which political contributions were offered as bribes in exchange for clemency.

The President took to Twitter to decry the investigations as “fake news,” and DOJ officials claimed that no current government official was a target or subject of investigation concerning the reported bribery scheme.

The power of amnesty is one most Presidents exercise as their terms come to an end. The law dictates that pardon can only be granted concerning federal crimes. Preemptive pardoning, for individuals not yet indicted or legally vulnerable, does have some historical precedent in the US. President Gerald Ford preemptively pardoned Richard Nixon following the Watergate scandal, saving Nixon from indictment after he left office.

A top-rated sportsbook, Bovada, dropped odds on who will Donald Trump pardon before he leaves office.

Figures like Joe Exotic, Julian Assange, and Edward Snowden may seem like a stretch, but others closer to the President, such as Paul Manafort, have a much more reasonable chance for clemency.

Once a trusted chief political strategist for Trump, Steve Bannon left the Oval Office in 2017 on bad terms with the President. Bannon was charged with defrauding political donors of hundreds of thousands of dollars over the border wall fundraising campaign. Bannon has since rebuilt some of the previous relationships he had with the President.

Paul Manafort, a one-time campaign chairman, has been jailed since 2018 over tax fraud, money laundering, and illegal foreign lobbying connected to Ukrainian politicians’ work. He pleaded guilty to conspiracy and obstruction of justice.

Rick Gates, another figure tied to Ukraine and the Mueller investigations, was indicted after admitting to helping Manafort conceal $75 million in foreign bank accounts for their years of Ukrainian lobbying work.

It is still unclear how far President Donald Trump will grant amnesty for himself, his family, or his close associates, especially those involved with the Ukrainian aide fiasco and Russia’s 2016 election meddling.