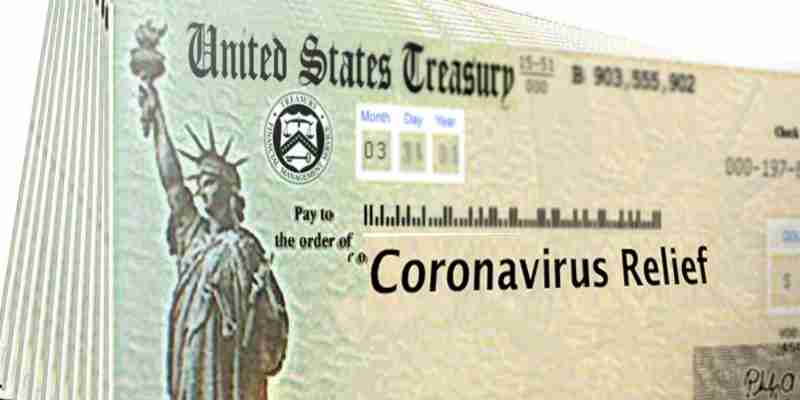 There’s nothing quite like adding some cold hard cash into your bank account to alter your opinion on someone. President Donald J. Trump’s reelection could be riding on the second stimulus payment, so why the delay?

If you are betting on Trump to win the 2020 election, you should consider the impact that the delivery of this second stimulus package could have on his chances.

Although Joe Biden continues to hold a strong lead in the polls and the betting odds, that surge has possibly hit its peak. In recent weeks, Trump is trending slightly up, and Biden is trending a little downward at online political betting sites.

Popular sportsbook BetOnline is currently featuring odds on the following Presidential Candidates for 2020.

Other books feature odds on Trump that are near or at even.

Meanwhile, the US Senate and House seem to be deadlocked on legislation for the second stimulus package that the President wants.

Conditions that are included in the current bills contain bits of language that are opposed by each side of the aisle.

With what seems to be a move to push along negotiation efforts on Capitol Hill, President Trump has issued Executive Orders designed to provide clearance for legislative hurdles that are being requested by the Senate and House, according to Fox News.

The President has unveiled a package for additional unemployment payments, and the suspension of payroll taxes for anyone making under $100,000 annually. Trump has also doubled down with the promise of more relief if he is elected to a second term.

So why is the second stimulus check issuance so important to Trump’s reelection?

Much of Trump’s base is located in America’s heartland, the rural regions outside of the country’s metropolitan areas. Many of the citizens in these areas are experiencing significant unemployment crises and are in desperate need of additional funds to make ends meet.

The delivery of these funds, whether they are because of Trump’s efforts or not, will be attributed to him, and will give many the confidence in his ability to provide needed aid.

That groundswell of support could serve as a platform to garner additional backing from voters on the fringe who aren’t sold on Joe Biden just yet.

The second reason that the stimulus will positively affect Trump’s odds is that the additional monetary injection into voter’s bank accounts will fuel the economy and boost the stats of financial indexes.

Much of Trump’s early approval ratings were based on his record-setting economic performance. Even though the Dow Jones and other major markets have experienced wild dips, they have rebounded well and have kept the USA out of a recession.

The additional financial stimulus will improve those economic indicators and will help in giving Trump the edge with undecided voters.

It will also solidify his standing with constituents who are concerned about protecting their wealth. Expect more development on the second stimulus package over the coming weeks.