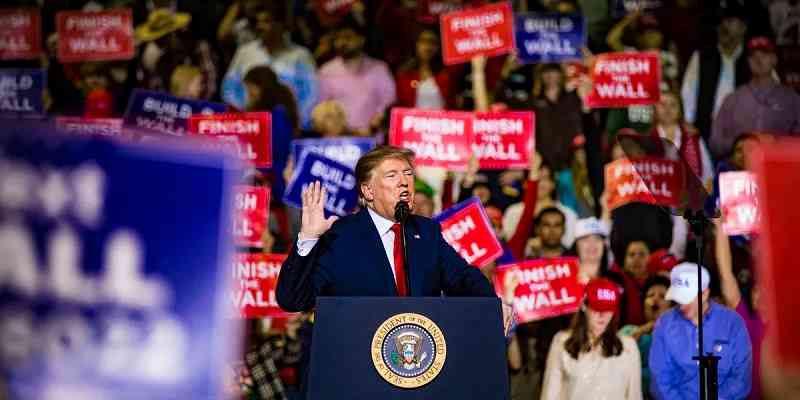 Sportsbooks Accepting Bets On Who Will Speak At Republican National Convention

The Republican National Convention is just three days away, but political analysts across the country are still waiting on the speaking list to be revealed for the four-night, mostly virtual event.

One former Trump advisor that we can almost guarantee will not be on the shortlist of invitees is Steve Bannon, who was arrested by federal officers yesterday for scheming to defraud “Build The Wall,” a charitable fund designated to construct a border wall between the United States and Mexico.

Never say never when it comes to betting on Trump to play it safe. Bannon was freed on a $5 million bond so perhaps he can jump on a quick Zoom call and deliver his comments.

All kidding aside, political sportsbooks have jumped in with both feet and have offered a plethora of betting lines on the RNC.  The proceedings begin on Monday, and the schedule is as follows:

The RNC can be seen via the following broadcast, cable, and streaming options:

Each day’s event will begin at 9:00 AM EST but outside of the designated speakers above for each day, not much else is known about who will be appearing, and what time they will be delivering their remarks.

The following speakers have been announced, but there has been no indication as to when they will be making their respective appearances.

Popular betting site BetOnline has unveiled the following odds for next week’s RNC. This one asks gamblers to select who they think will be the most likely candidate to make an appearance at the podium.

Who Will Be An Official RNC Speaker?

While the makeup of these options may appear to be a joke at first glance, two of the potential speakers, UFC President Dana White and actor Scott Baio, actually appeared at the RNC in 2016.

Of the prospective speakers listed, Trump’s campaign should go after Dennis Quaid because he is the only one that has the potential to capture the interest of voters that fall outside of his base. The remaining choices only appeal to people that are already going to support Trump this fall.

There are also the following political prop bets offered for what will actually be said by Trump at the Convention. The safe money is on “yes” for all of these in our opinion, and the oddsmakers agree. Get your bets in now and see if they pay out next week.

How Many “Non-Facts” Will Be Said By President Trump

Will “China Virus” Be Said By President Trump?

Will “Fake News” Be Said By President Trump?

Will “Goodyear” Be Said By President Trump?

Will “Hoax” Be Said By President Trump?

Will “Rigged” Be Said By President Trump?

Will “Sleepy Joe” Be Said By President Trump?

Will “Witch Hunt” Be Said By President Trump?