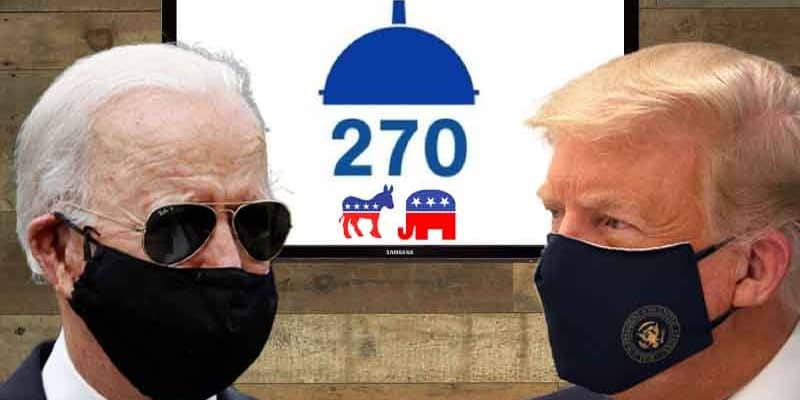 It is crunch time.

The 2016 electoral college victory skyrocketed Trump into the Oval Office and palpably into the last bastion of American freedom – our Twitter feeds. Trump’s sweep of critical swing states in 2016 commands national attention to battlegrounds now in 2020.

Legal betting sportsbooks dropped new odds on which party consolidates the electoral college votes in their respective states. I aim to cross-analyze the most contentious states with their legal betting statuses, hoping to provide some insight into any correlation.

An important aside – my results help guide bettors but are not scientifically verified. And as any high school Intro to Scientific Method teacher worth their marbles says: correlation does not equal causation.

First, we assume a state that experienced a marginal electoral college victory in 2016 and experiences similar borderline odds in 2020, indicates some partisan power struggle in that state. Furthermore, these state power struggles may speak on their legal sports betting status – if they are genuinely partisan issues, that is.

Florida exemplifies a state with a partisan power struggle, a split legislature, and Governor Ron DeSantis, who clings to the political coattails of Donald Trump.

The legislature since 2018 attempted to negotiate the opening of sports betting with the Native American Tribe – primarily Seminole – that regulate gambling within the state. The Tribal Council, however, defends their monopoly on the gambling industry and halted payments to the government on their 2.5 billion annual revenue.

However, PA legalized mobile and in-state sports betting in 2019 and now acts as the second-largest commercial casino state. Native American counsels do not regulate gambling, but there are some Native American owned gambling facilities.

Ohio and Iowa stand as the tightest races in the 2020 election, leaning Republican by 2% in OH and 0.4% in IA. They offer 18 and 6 electoral college votes, respectively. Their betting lines reflect these slim margins.

Ohio has sports betting legislation on the table in the 2019 session. Republican Sen. John Eklund sponsored the bill, HB 194. With Republican control in the senate, house, and executive branch, bettors expect Ohio to legalize sports betting and compete with neighboring PA.

Even if Ohio flips Democrat, HB 194 shares bipartisan support that likely results in a successful passing.

Iowa joined the legalization movement in May of 2019 with SF 617, becoming the 11th state to operate domestic sports gambling.

It isn’t easy to draw a line between swing states and their legal sports betting statuses. Multiple factors such as which entity regulates gambling within the state and political makeup. States like Florida and Ohio are electoral college toss-ups that reflect similar legalization struggles. While states like Pennsylvania and Iowa are swing states that already legalized sports betting.

It appears that more than political makeup, regional competition may drive legalization status—Florida, surrounded by states with strict gambling laws like Georgia and Alabama, struggles. Meanwhile, Ohio pushes for legalization to compete against neighboring Northern states with full legal statuses like Michigan and Pennsylvania.