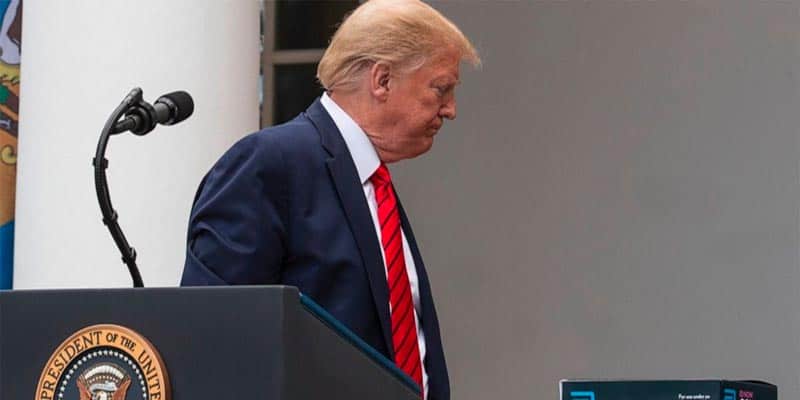 If Donald Trump loses the 2020 presidential election, he’ll only have himself to blame as the incumbent Republican appears to have had enough — something that should worry even the most profitable MAGA, KAG bettors.

However, Trump is still favored to win reelection by virtually every Las Vegas sportsbook and betting site accepting wagers for the contest on November 3.

According to Bovada, Trump is listed at -120 odds, meaning a $120 would win $100 if Trump reaches the 270 electoral votes needed to win the White House.

Joe Biden, the presumptive Democratic nominee, is listed at +130 to win the 2020 general election. If the former Vice President pulls off the slight upset, then a $100 wager would win $130.

When the 2020 presidential election odds are converted to an implied probability with vigorish removed, Bovada gives Trump (-120) a 55% chance to win while Biden (+130) has a 44% to pull the upset. All other candidates are less than 1% (for now).

May 12 — Odds courtesy of Bovada

Although the incumbent remains the consensus favorite to win four more years, it’s beginning to look like the coronavirus pandemic is cracking President Trump.

While we have conducted the most individual tests, the United States still trails by a significant margin when the population is factored into the COVID-19 tests statistics.

What appeared to be “just another task force presser” quickly escalated an hour in when CBS White House correspondent Weijia Jiang, a Chinese-American citizen, questioned Trump on why he’s treating this like a “competition” with other countries when more than a thousand Americans continue to die per day.

The President responded by saying there is death all over the world, and that “you should ask China. When you ask them that question, you may get a very unusual answer.”

Aside from the facts that’s not her job, and Trump can call President Xi from the Oval Office whenever he wants, the ugly tone is why many of his rivals believe the response to be racist or disrespectful at the very least.

And it only took about 30 more seconds before Trump grew visibly frustrated and ended the briefings by casually turning and walking away.

The video of yesterday’s Rose Garden exchange is included below. Trump may be favored today against a shaky Biden, but if the President is the victim of an upset this time around, it’ll likely be because of his unchecked hubris.

The only safe bet is we definitely won't find out anything next time on #TrumpPressConference — where everything is made up but the #TrumpMeltdown points do matter. 🍿☢️ pic.twitter.com/MuzbsoeI50