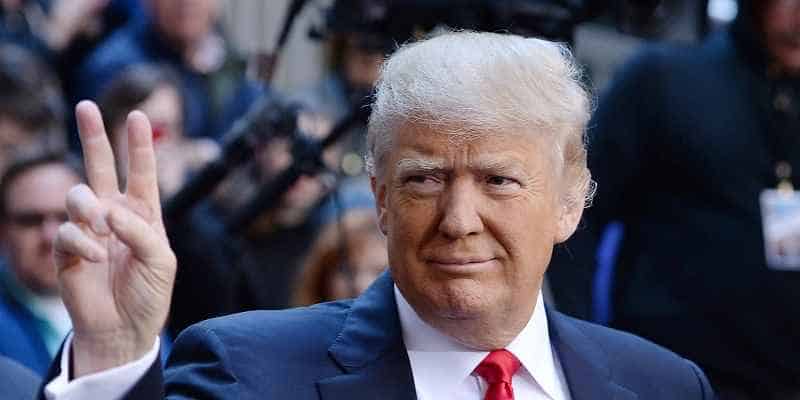 Trump Hedges Odds By Asking NC Base To Vote Twice

Back during President Trump’s 2016 campaign, he offered forth the notion that he could shoot someone in the middle of the street in broad daylight and he wouldn’t lose any support from his voter base.

Trump is now embroiled in a competitive reelection effort that has him up against DNC challenger Joe Biden, and as we approach the November 3rd finish line, the Presidential election odds have narrowed significantly at political sportsbooks.

Following the Republican National Convention, Trump’s odds have been on the incline, with him now being favored at two of the three Presidential betting sites that we frequent. We point to the RNC because other than that particular rallying point for the GOP, we can’t figure out what else is driving the needle upward for the Donald.

Did he cure the Coronavirus overnight? Have the protests across the country relating to police violence against African Americans been resolved? Are we on the road to recovery as a nation?

Of course, these hypothetical questions are presented caustically. There’s clearly been no plan of action regarding COVID-19 outside of willful ignorance, and Trump has merely fanned the flames of civil unrest, placing his allegiance on one side and allowing no room for compromise or discussion.

Could it be the election fraud issue that he has been carrying on about for months now that has impacted the odds? CNN reported yesterday that Trump suggested to North Carolina constituents that they should vote for him twice to see if voter fraud protocols are in place and effective.

We’re familiar with doubling down in the betting industry, but Trump’s request is unlawful. Of course, he’d counter by suggesting that it was said in jest if he were to face any real heat for it.

His message as of late does seem to be gaining traction with his base, and he is going all-in with them, using harsh language and calling the DNC’s bluff at every turn.

Despite Trump’s sudden rise at sportsbooks, prediction markets still have him featured as a heavy underdog.  So, why is there such a disparity between the betting odds and the poll numbers?

Although we do not dispute the accuracy of prediction markets and political polls, these are based on answers given by potential voters. The inclusion of the human element into the science introduces bias and imperfection, so naturally, polls are typically skewed and occasionally can be way off the mark.

The only bias at play when betting odds change is where the action is being laid. For one reason or another, bettors felt that Trump was going to win, and began to lay an inordinate amount of action on him. When that happened, sportsbooks increased his odds to reflect this movement.

The odds on these lines will move until wagering activity levels off, thus establishing updated odds reflecting the current action. When you ask someone a question, their answer can change from day to day. When someone wagers money, they typically give that decision more serious consideration and are forced to make a more educated decision, even if it doesn’t line up with their current political stance.

That’s precisely why we feel that betting odds are a more significant indicator than polls when it comes to elections. We expect the odds on Trump and Biden to remain inside of their current ranges until the Presidential debates begin later this month.

Whether you’re ridin’ with Biden or on the Trump Train, be sure to get in on these exciting betting odds soon because they’re sure to shift, and you could miss out on the highest potential payout in 2020.