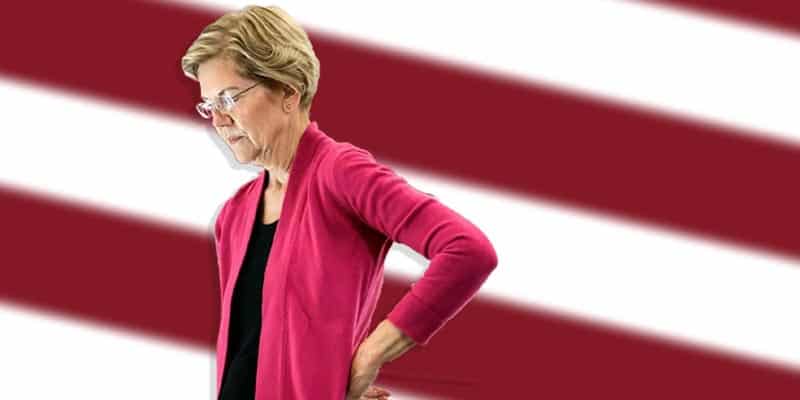 With the Summer Surge in the rearview mirror and the end of Fall coming into focus, it’s beginning to look like Elizabeth Warren may be in for a long, cold winter.

And while she maintains her top spot in the latest 2020 Democratic Nominee odds, Joe Biden, Bernie Sanders, and Pete Buttigieg have closed the gap and are well within striking distance while Andrew Yang rounds out the Top 5 most likely candidates to win the nomination.

Just a couple of months ago, the 2020 Democratic nominee odds for Warren soared past Joe Biden and reached as high as -120, which implied she had an approximately 54.55% chance to win the party’s nomination.

The political betting market for the 2020 Presidential Election made a tiny adjustment, accessing her value to be +100 odds or exactly 50% chance, in recent weeks, but overall, the U.S. Senator from Massachusetts remained the heavily favorite among all Democrats.

But that all changed over Veterans Day weekend.

The recent polls still have her in relatively the same position, with some variations here and there. However, Warren’s appearance at the Presidential Forum on Environmental Justice in South Carolina did not go over well and may have contributed to her decline.

While discussing racial injustice, the moderator asked the odds-on Democratic favorite whether the order of the primary states should be changed—Iowa (90.7%) and New Hampshire (93.2%) have predominantly white populations—but Warren interrupted repeatedly, appeared noticeably flustered, but eventually gave the following response.

“Look, I am just a player in the game on this one,” Warren said. “And I am delighted to be in South Carolina, thank you.” When the moderator said “thank you” and went to shake her hand, Warren rudely responded, “yeah.”

Elizabeth Warren berates Amy Goodman for asking her a reasonable question she refuses to answer, then ends the interview by replying to Goodman's "thank you" with a scoffed "yeah."

Her disdain for the left couldn't be more blatant.pic.twitter.com/CeALdRy4e3

It’s not an easy question to answer since one response will likely upset voters in two crucial states while the other will not sit well with people of color since those states don’t reflect America’s current demographic. But for someone who labels herself as a fighter and the candidate to bring about long-needed changes, her response left much to be desired and likely didn’t sit well with anyone other than her most loyal supporters.

With Warren showing signs of falling, where is the value in the rest of the field?

The former Vice President was previously listed at +400 odds, 20% chance, but received a decent boost from the oddsmakers, which now list him at +350 odds, 22.22% chance. A new Quinnipiac poll out of New Hampshire showed him leading the state, which reverses his previous fall to fourth in a different poll from last month.

The difference in the percentage chance to win the Democratic Nomination between Warren and Biden significantly closed over the weekend, going from 30% to 11.11% margin.

Remaining in a tie for third are Bernie Sanders and Pete Buttigieg, but both candidates are arguably the biggest winners from the latest posting. They were listed with +800 odds, 11.11% chance, but now have +600 odds, 14.29% chance to become the party’s nominee.

Odds for Sanders looked bleak just a month ago when the news broke about his heart attack. However, the endorsement from Rep. Alexandria Ocasio-Cortez has brought new life into his campaign.

Out of all the candidates, Sanders continues to have the most value on the board. He continues to place in the top three across all polls, has the most dedicated voting base with very few being likely to choose another candidate, polls well in just about every demographic, holds rallies that dwarf everyone else, and to date has received the most donations and has the most money in the bank out of any Democrat.

Buttigieg’s odds also hold some value too since the latest Iowa polls show him leading the top four candidates, and he polls strongly in New Hampshire as well. However, he’s been unable to garner any support among black voters, which explains why the South Bend mayor polls 6th in South Carolina, where 27.3% of the population is African American.

One-time longshot entrepreneur Andrew Yang’s nominee odds once again round out the top 5 but remain unchanged at +1000 odds, 9.09% implied probability. Yang continues to improve his poll numbers, and it’ll be interesting to see if his $1 million ad buy in Iowa pays dividends.

Takeaways From Outside The Top 5

Two candidates—Michael Bloomberg, with +1200 odds, and Hillary Clinton, with +1400 odds—now appear on the board. Bloomberg jumped into the field las while Clinton has increasingly hinted at running again. However, based on the timing and “less than enthusiastic” support of either, these two Democrats would be a huge sell. Clinton entering the race would likely cause Biden’s chances to plummet, however.

Tulsi Gabbard, who now has +2000 odds, is someone to keep an eye on if you’re looking for a dark horse candidate. She just registered at 6% in the same NH poll where Biden is leading and has nearly identical support from Independents as the top four candidates.

On the flip side, things aren’t looking good for the former favorite Kamala Harris, who saw her chances fall again. She’s currently listed at +3300 odds and barely registers in the latest Iowa and New Hampshire polls. With her campaign essentially on life support, it wouldn’t be shocking to see her join Beto O’Rourke—who she was co-favored within January—before the end of the year.

Cory Booker and Amy Klobuchar remain at +5000 odds and don’t have much of a chance either. Klobuchar has gained some positive traction lately, but it’s too early to tell whether she’ll be worth the wager.

Lastly, Tom Steyer is arguably the biggest loser, according to the latest listing from oddsmakers. Previously, the billionaire had +2200 odds but is now listed at +5000 odds.

With a much richer billionaire joining the race and the recent allegations of an aide offering money to Iowa politicians for their endorsements and another aide stealing data from the Harris campaign, Steyer’s campaign appears to be a sinking ship that is attracted to hitting icebergs.