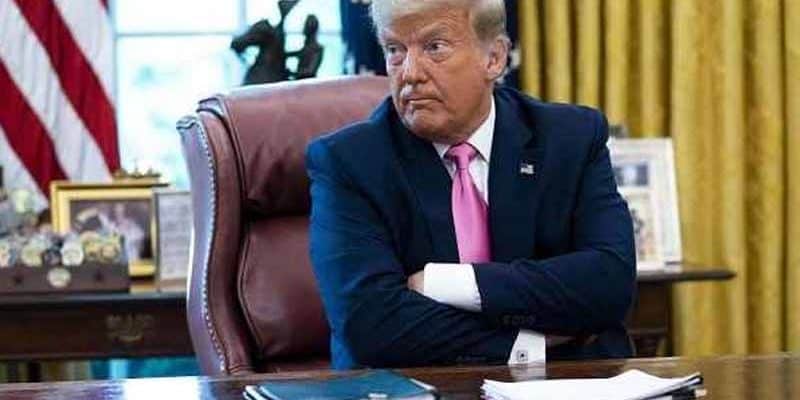 Trump And Biden Near The End While The Odds Close

The end draws near. As the final states finish up counting ballots, Joe Biden appears to be crawling his way into the White House, one vote at a time. Biden has taken leads in both Pennsylvania and Georgia since yesterday, an indication that leaves Democrats hopeful.

President Trump last night made a speech from the White House on the current election status. In the speech the President continued to peddle claims of widespread voter election fraud. Trump’s remarks come on the heels of a new spat of lawsuits from the Trump legal team. These scattered suits call for counting to continue in states where Trump leads and halted in states where he trails.

Many officials called the President’s claims baseless and a dangerous attempt to undermine American Democracy. Trump has made it clear that he has no intention of stepping down from power and convinced himself (and millions of Americans) that the Democrats are effectively stealing the election.

The President’s claims have not been substantiated through significant evidence of wrongdoing, however. Irregularities do exist within the electoral system, but that is standard for every election. Election officials in the battleground states that continue to count votes, both Republican and Democrat, urge Americans that the process is legitimate.

For that matter, it seems like a large part of the GOP has abandoned the President in his crusade. Trump’s sons commented on the GOP’s cautious distancing from the President.

“Where is the GOP?! Our voters will never forget…” tweeted Eric Trump. Older brother, Donald Trump Jr., bashed “2024 GOP hopefuls” for remaining silent in the effort.

Moreover, some Republican officials have spoken out against Trump’s claims.

“There is no defense for the President’s comments tonight undermining our Democratic process,” tweeted Maryland’s Republican Gov. Larry Hogan

“I saw the President’s speech last night. It was very hard to watch. The President’s allegations of large-scale fraud and theft of the election are just not substantiated. I’m not aware of any significant wrongdoing here,” Toomey said Friday on NBC’s “Today.”

Sources report that senior advisors and aides to the Trump administration are facing the likeness of a Biden victory, and are strategizing on how to prep the President for a loss. Other Trump campaign officials remain staunchly combative of the electoral process and continue to propagate fraud claims as they pursue electoral process legal challenges across the United State.

Meanwhile, the Biden administration prepares to step into office. Once the counts come in, and likely in his favor, the President-elect does not plan to wait for legal challenge rulings. The secret service is already transitioning to Joe Biden’s residence in Wilmington as well.

Lastly, the presidential election odds have all but disappeared in the wake of updated counts. Bettors generated incredibly high action on the lines in light of Biden’s recent leads. This caused the sportsbooks to close the lines.

The only substantial lines remaining are the last battleground states.