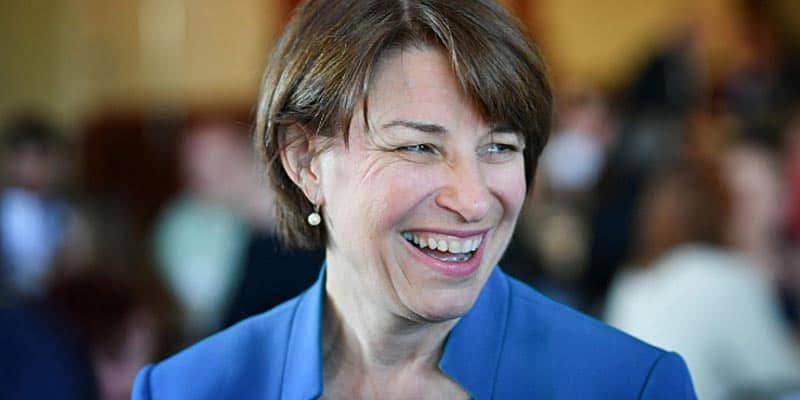 Amy Klobuchar became the ninth Democratic to qualify for the party’s fifth debate. Reaching 3% in a Quinnipiac University national poll, Klobuchar will now take the stage in Georgia on November 20.

On top of the polling requirements, candidates need contributions from 165,000 unique donors with 600 donors coming from 20 different states or territories.

Klobuchar will join eight other presidential hopefuls on stage, including some of the Democratic Party favorites. So far, the other qualifiers are:

Although they have not yet met the polling requirements, Beto O’Rourke, Tulsi Gabbard, and Julian Castro have all satisfied the donation threshold. Candidates have until November 13 to qualify for the Georgia debate.

Prior to the fourth Democratic debate earlier this month, Klobuchar only had one qualifying poll to her name. However, after a strong performance in the Ohio debate, the Minnesota native was able to secure three more polls in a matter of weeks.

Klobuchar, a moderate Democrat that was elected to the Senate in 2006, has built her presidential campaign on combating substance addiction, improving mental health care, and investing in green jobs and infrastructure.

So far, despite qualifying for all five Democratic debates thus far, Klobuchar’s betting odds have never broken into the top-tier.

Currently given +7500 chances of winning the Democratic nomination, Klobuchar is far behind favorites like Warren (+110) and Biden (+300).

Instead, the political betting odds rank Klobuchar with Booker (+7500) and Steyer (+8000). Of the nine candidates to qualify for the debate, these three have the lowest odds of winning the Democratic nomination.