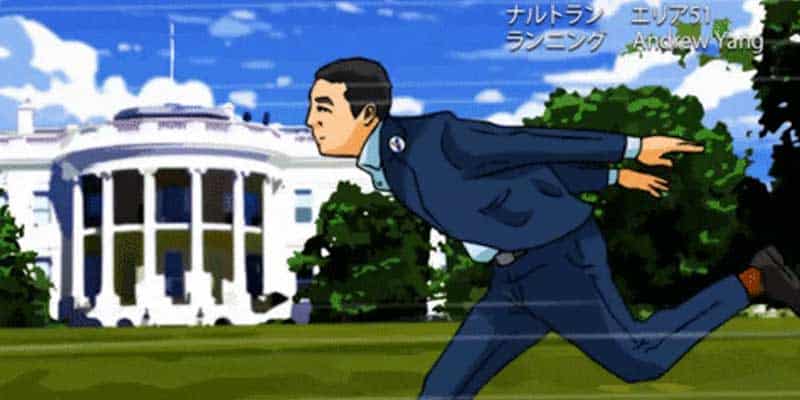 Andrew Yang is officially on the medal podium.

According to the latest listings on the 2020 Democratic Nomination odds board at Bovada Sportsbook, Yang is placed third among all candidates seeking to win the party’s nomination.

Yang’s chances vary from site to site, so it’s important to keep that in mind.

However, the other political betting sites we track haven’t seen movement in the past couple days, but the politics board at Bovada now has the New York entrepreneur taking home the Bronze medal if the nomination was decided today.

Although Yang’s 2020 Democratic Nomination odds are higher at BetOnline, seeing him in third place at Bovada is a significant milestone since it’s the highest he’s placed since launching his presidential campaign back in November 2017.

Unfortunately, the rise appears to have resulted from Vermont Senator Bernie Sanders taking a significant hit the latest political odds at Bovada.

Just last week, Sanders was listed in third place at +700 odds but has now fallen to fifth place with the board showing him at +1200 odds.

However, it appears that the public betting market did not like the recent news that the 78-year-old Senator would be having emergency heart surgery to clear a clogged artery.

Yang, on the other hand, took to Twitter to wish Sanders on a speedy recovery.

There is good news for bettors thinking that Democrats will feel the Bern when the primaries roll around: Sanders is already “up and about” after the minor surgery, and his campaign said he’s 100% going to be on the October debate stage.

And if Sanders shows he’s back to 100% health, then he could see a bit of a rebound, but it’s pretty clear this week’s news scared the public market.