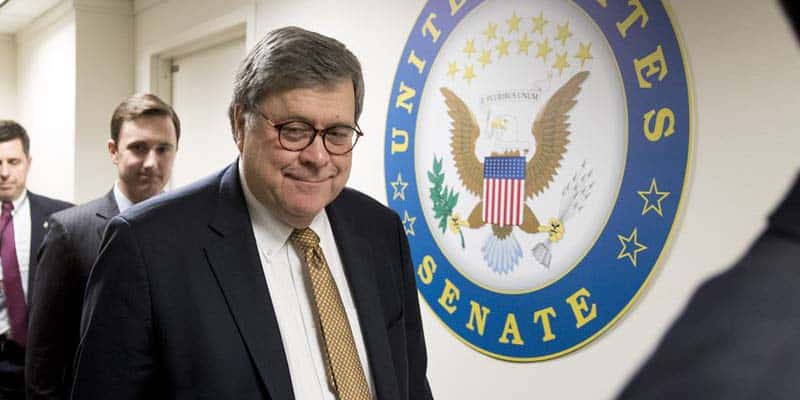 The clock is officially ticking.

And “Barr”-ing any setbacks, we will be able to read the Mueller report “within a week.”

The redacted version that is, and for now, Attorney General William Barr has said he is “not going to say anything more until the report is out.”

Barr testified before the House Appropriations Committee on Tuesday and said he will give a redacted version of the Mueller report to Congress within a week.

This was Barr’s first appearance before a House committee following his release of a 4-page summary of the 400-page Mueller report submitted to the Justice Department.

In the report, Barr stated in his summary that during special counsel Robert Mueller 22-month investigation had found no evidence of collusion between President Donald Trump (+175|36.36%) and Russia during the 2016 election but stopped stop of exonerating the president for obstruction of justice.

Following the release of Barr’s summary, Democrats have since demanded that the full Mueller report is released for the public and have offered to work with the DOJ to redact any sensitive information.

Additionally, a House committee voted to subpoena Barr if the full the report is not released and congressional Republicans have even called for Mueller to testify on his findings from the Trump investigations.

Recently, Barr had previously vowed to congressional Democrats that he would be open and as transparent as possible promising to release the redacted version by mid-April.

“This process is going along very well and my original timetable of being able to release this by mid-April stands,” Barr said. “And so I think that from my standpoint, within a week I will be in a position to release the report to the public.”

Barr went on to tell lawmakers that parts of the Mueller report will need to stay out of the public since the 400-page document contains sensitive grand-jury information and national security secrets.

However, when asked if any of the findings from the Mueller report had been shared with the White House, Barr declined to answer the question or go into the details of the investigations into the Trump administration.

Currently, the 2020 presidential election odds are off the board, so it’s unclear at this time how the release of the Mueller report — redacted or not — will or will not have any effect on Trump’s odds of re-election.

The deadline on Barr releasing the redacted version of the Mueller report “within a week” means we should be able to read at least one version of the special counsel investigations before Tuesday, April 16.