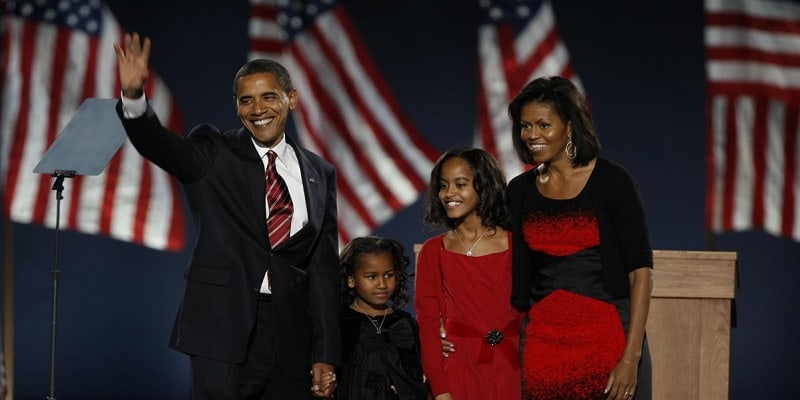 11 Years Ago Today, Barack Obama Was The Heavy Favorite To Win The 2008 Presidential Election

On an unusually warm 60 degree Nov. 4 evening in Chicago’s Grant Park, Barack Obama delivered his victory speech upon being declared the winner of the 2008 Presidential Election—becoming the first African American to be elected President of the United States.

While many Americans pondered whether the country was “ready” to elect a black President leading up to that day, one group of professionals had Obama listed as the clear favorite before the country would cast a single vote.

Wagering on the general election is a relatively new endeavor, and prediction betting markets were much less popular than they are today.

Online sportsbooks had dabbled with offering odds here and there, but a lot of the credit goes to PredictIt, who really injected the idea of betting on politics into the mainstream when it launched in 2014.

To give you an idea of how popular political betting is today: According to Pinnacle—one of the world’s most well-known sportsbooks—the amount wagered on U.S. election at just their site increased by 290 times between 2008 and 2016.

I say all of this because finding records of the general election betting odds on Obama’s victory over John McCain in 2008 have been lost to history—for the most part.

However, the consensus online appears to be that Obama was the clear favorite heading in election night. The most reputable source comes from Politico, who documented the 2008 odds from the U.K.-based sportsbooks.

Before the votes were cast, Obama was listed at 1/10 odds (-1000), and when converted to an implied probability, we can see that the oddsmakers gave him a 90.91% of winning the 2008 Presidential Election.

When removing the vigorish (a.k.a. “juice”), here’s a look at both candidates true probability of winning the election on Nov. 4 exactly 11 years ago:

Oddsmakers had Obama listed as a heavy betting favorite, and that’s exactly how the 2008 election played out.

But the key to futures is wagering correctly well before the outcome is known.

The return on investment on Nov. 4 for Obama’s victory wasn’t impressive since every $100 only won $10.

Timing is everything. Because in just three years, Obama went from distance longshot to heavy favorite to become the 44th POTUS on election night—and the rest is history.

And 11 years later, the volatile political climate is arguably even harder to predict, and it may be a while until we see another landslide victory.

Today, the country seems to be split on pretty much everything, regardless of the issue or topic being discussed.

But you can bet that from this point forward, the bookmakers will be the first to paint a picture of a candidate’s chances to win an election at a given moment in time due to the growing interest from the public.

Ultimately, it’s up to you to correctly guess the moment and choose when and who will beat the odds. And with that being said, here are current odds to win the general election on Tuesday, Nov. 3, 2020.