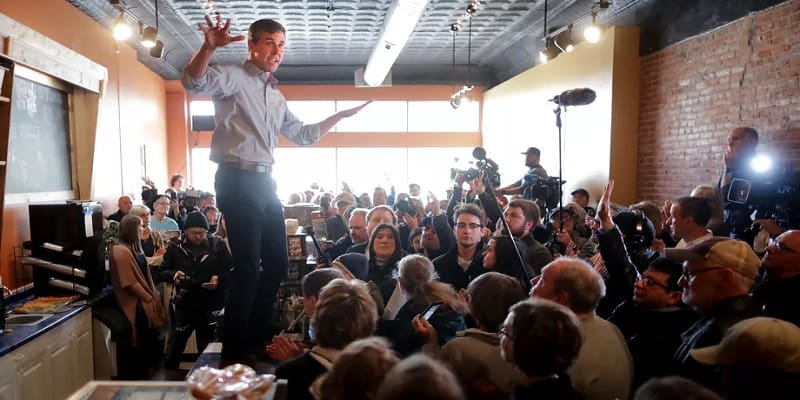 All Beto’s Are Off: The One-Time Democratic Favorite Drops Out Of 2020 Race

What the hell happened to Beto, indeed.

The 2020 Presidential Election betting market and political futures, in general, are always a tough one to predict.

And the fall of the former Texas U.S. Representative is just the latest example.

Beto O’Rourke ended his 2020 campaign for the White House on Friday, Nov. 1, announcing the decision on Twitter and thanking the donors and volunteers in a post on Medium.

Our campaign has always been about seeing clearly, speaking honestly, and acting decisively.

In that spirit: I am announcing that my service to the country will not be as a candidate or as the nominee. https://t.co/8jrBPGuX4t

In the end, it was a rough 2019 for O’Rourke, and you don’t need to look further than Beto’s betting odds to see proof of how far he fell.

Coming into the year, O’Rourke was seen as a likely contender for the White House following his near upset of Sen. Ted Cruz, the incumbent Republican in the traditional red-state of Texas, during the 2018 midterms.

On New Year’s Day, O’Rourke was tied with California Senator Kamala Harris at the top spot among all the Democrats who were most likely to face Donald Trump in the general election. At +1000 odds on January 1, O’Rourke had an approximately 9.09% chance to become the next President of the United States.

And his chances would continue to improve once he—after floating several teases—officially announced his campaign on March 14. At the time of his announcement, O’Rourke hit an all-time high of +800 odds, indicating he had roughly an 11.11% chance of winning the White House.

But O’Rourke’s odds would never recover, and his decline began with both former Vice President Joe Biden jumping into the race and the rise of South Bend Mayor Pete Buttigieg.

Perhaps the biggest contributor to the fall of O’Rourke was the “Summer Surge” of current Democratic frontrunner Elizabeth Warren, who sits at +275 odds—26.67% chance.

As the progressive Massachusetts Senator climbed her way up the board, the odds for O’Rourke began to plummet, and by the end of the Summer, the one-time Democratic favorite was listed at +9000 odds—1.10% chance.

Before Summer came to a close, O’Rourke managed to get a slight boost—listed at +7000 odds and 1.41% chance—following his September debate performance where he famously said, “Hell, yes, we’re going to take your AR-15, your AK-47. We’re not going to allow it to be used against our fellow Americans anymore.”

But the final nail in the coffin may have been his exchange with Buttigieg during the October debate on the issue of gun reform, where Mayor Pete stated, “I don’t need lessons from you on courage” after O’Rourke questioned whether he was only in favor of gun reform because it polled well with Democrats.

Below are the latest odds to win the 2020 Election for the remaining candidates who are currently running for President.

As for O’Rourke… Well, Beto luck next time!