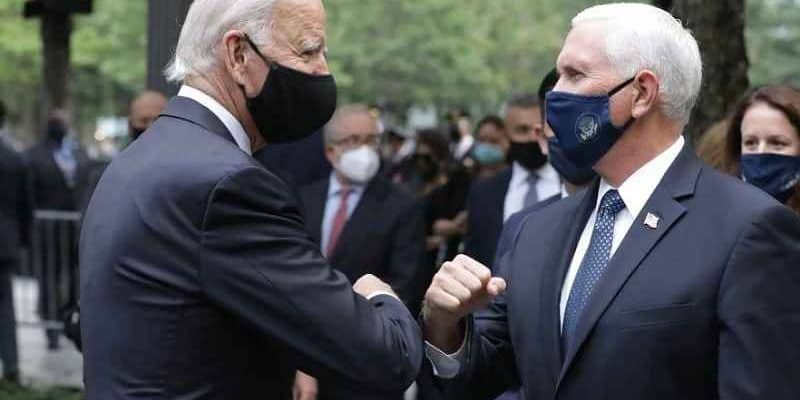 Biden Flips The Odds In His Favor Once Again

Just when it seemed like President Trump was going to take command of the election betting odds once again, Joe Biden rises back up and takes the lead.

A majority of political betting sites are now favoring Joe Biden to become the next President of the United States on November 3rd just days after Trump regained the lead following the conclusion of the Republican National Committee.

The RNC likely served as a reminder to GOP voters that the election was coming soon, and the resulting action at sportsbooks caused the odds to shift in Trump’s favor.

Now that the aftereffects of the Convention have subsided, Biden seems to have climbed out of that hole and reestablished the lead in the betting odds.

Another factor that could be driving the odds is a recent report that surfaced alleging that Trump criticized American soldiers that have perished while overseas at war, describing them as “losers,” and “suckers.”

Trump has denied these reports but the betting odds are dictated largely inside the court of public opinion. The odds suggest that enough people believe he said the disparaging remarks against fallen military soldiers who have paid the ultimate price for their country.

You can bet on Senator Lindsey Graham to weigh on the topic because of his previous tenure in the Air Force. According to a report from CBS News, Graham does not believe the allegations and was with him in France around the time the events were supposed to have occurred.

“This came out two months before an election. I’ve been critical of the president at times. But I want him to be successful. I think he’s done a good job as commander-in-chief. And I want the anonymous person to come forward, because I don’t buy this. I don’t buy that the president has disparaged war dead. I just don’t believe that.”

Negative commentary toward the direction of military veterans can be expected to be met with harsh reactions and fiery retorts. The military represents a large chunk of Trump’s voter base, so any damage done there cuts immediately to the bone of his campaign efforts.

The only question now is how far do the odds slide as a result, whether he said the belittling statements or not. The below-betting lines represent the odds as of this morning.

These odds are nowhere near the sizable chasm that Biden had created over the spring, but considering he had fallen behind Trump in recent weeks, this is a welcome development.

Now Trump and his campaign are likely betting on the Presidential debates to rescue his chances, as he thinks he stands a fair chance at defeating him in a verbal confrontation.

The first of three debates is just eighteen days away, and everything is on the line for both Presidential candidates. The winner of the Presidential debates has a great chance of being the frontrunner for the remainder of the election cycle.