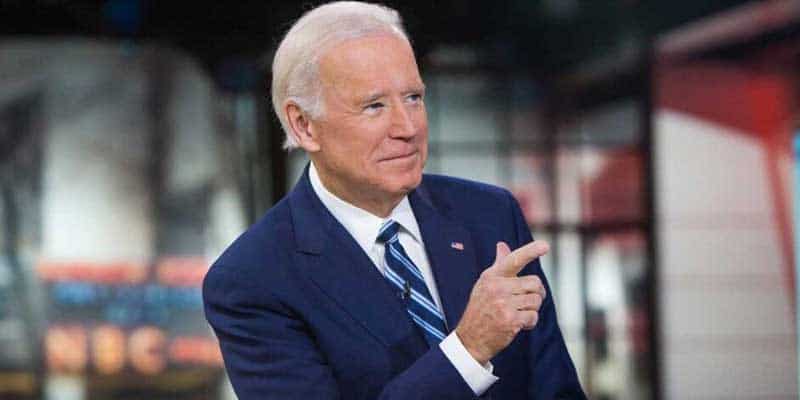 Biden returns to the top of 2020 Democratic nomination odds

President Donald Trump believes Former Vice President “Sleepy Joe” Biden will “limp across the line” to become the Democratic nominee. Odds and polls agree with him.

Biden is atop the Democratic nomination odds, according to BetOnline. Oddsmakers give Biden +275 chances of earning the nomination, breaking the three-way tie at +300 that he previously shared with Sen. Kamala Harris and Sen. Elizabeth Warren following the second debate in July.

Conversely, Warren’s odds have dropped to +350. Harris has fallen even harder, currently holding +500 odds to be the Democrat nominee.

According to the Harvard CAPS/Harris Poll conducted between July 31 and August 1, Biden has the support of 34% of the 585 Democrats surveyed. Sen. Bernie Sanders was second at 17%. Harris had 9% and Warren had 8%.

The poll’s co-director, Mark Penn, believes many Democrats share Biden’s stance on issues, keeping him as the party favorite.

“The Democratic voters are far more in sync with Biden’s views than any of the other candidates running,” he said.

While odds constantly shift, especially through primary debates, Harris’s drop could be significant. Following the first debate in June, oddsmakers consistently ranked the California senator at the top of the nomination list.

But with a poor showing at the Detroit debate last week, sparking the Twitter hashtag #KamalaHarrisDestroyed, Harris’s odds are falling.

One reason for the shakeup could be due to Hawaii Rep. Tulsi Gabbard’s attack on Harris. Gabbard called Harris’s role as California’s attorney general into question during the debate, claiming, “[Harris] put over 1,500 people in jail for marijuana violations and then laughed about it when she was asked if she ever smoked marijuana.”

While Harris’s odds were negatively affected by the exchange, Gabbard’s odds to win the Democratic nomination have gone from +3300 to +2000, one of the most significant positive jumps among the candidates.

Gabbard even became the most-searched candidate on Google during the debate last Wednesday.

However, it will be hard for Gabbard, or any other candidates, to outpace Biden if the current trends continue. Despite his poll numbers losing their dominance over the last couple months and his odds fluctuating, Biden continues to frequent the top spot in each.

A full list of the Democratic candidates is below. The third Democratic debate is scheduled for September 12 and 13 in Houston, Texas.

With five weeks until the next showdown, the odds could look much different heading into that debate than they do right now.

Democratic Nomination odds for the 2020 Election