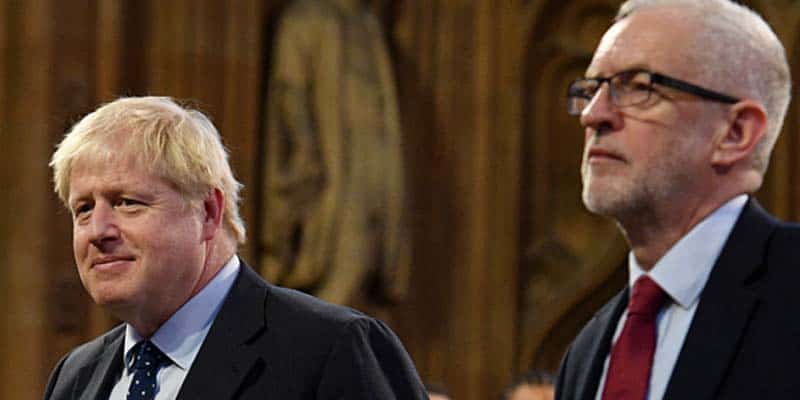 American politics and British politics are different in many ways. The elected office positions, the way in which the positions are filled, and even when the elections are held are unique across the pond.

The 2019 United Kingdom general election is now scheduled for December 12 following the Early Parliamentary General Election Act 2019 receiving royal assent on October 31. The act itself is distinctive as it circumvents the election laws and dates that were already set in place.

The UK holds elections every five years, per the Fixed-term Parliaments Act 2011. However, the FTPA allows for early general elections to be held if agreed upon by a majority of the House or a vote of no confidence.

The early election will be the first UK general to be held in December since 1923. Given the cold, dark weather projected, voter turnout could be limited. Nevertheless, BetOnline still has political betting odds for the election with the incumbent holding the best chances.

Secretary of State for Foreign and Commonwealth Affairs Dominic Raab and Leader of the Liberal Democrats Jo Swinson both share +3300 odds of winning the election.

Corbyn nearly defeated former Prime Minister Theresa May during the 2017 UK general election. The Labour Party Leader’s 40% of the popular vote came up just short of May’s 42.4% portion of the vote.

The early election was triggered by a stalemate surrounding the UK’s decision to leave the European Union, commonly known as Brexit.

After May could not pass her Brexit deal, she stepped down as PM and was succeeded by Conservative Party Leader Boris Johnson on July 24, 2019.

Due to the political standstill caused by Brexit’s opposition, Johnson decided to call for an early election in hopes of securing a parliamentary majority that would give him the support needed to enact his Brexit plan.

If Corbyn wins the election, he will look to call for a second Brexit referendum.

“After an election, a Labour government would introduce legislation to ensure a referendum takes place,” Corbyn said. “Our absolute priority – and that’s why I’ve been talking to other opposition parties – is to make sure that no-deal is taken off the table and an extension of membership is attained.”