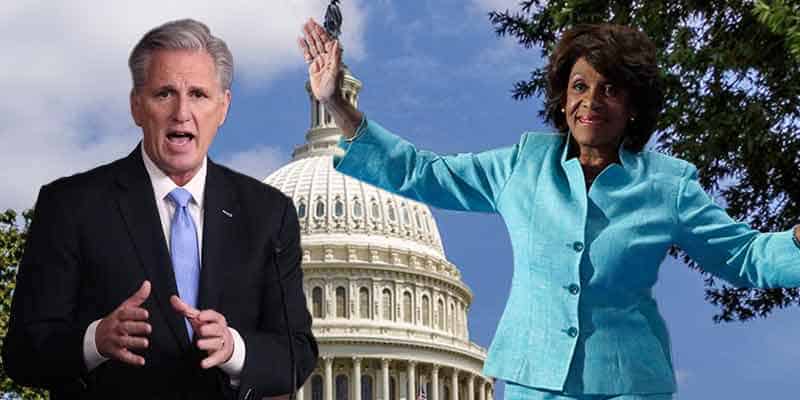 A movement to censure US Representative from California Maxine Waters was recently introduced by House Minority Leader Kevin McCarthy because of recent comments she made regarding a potential response to the pending verdict in the Derek Chauvin trial.

The argument at hand was one of semantics, as Rep. Waters suggested that protesters needed to become more “confrontational” if they intend to get the attention of the police and their regional politicians.

House Republicans felt that Waters’ comments were the equivalent of inciting violence at a time where the current US social climate is still trying to recover from a very wild January.

Speaker Pelosi and her fellow Democrats did not agree with McCarthy and the GOP, as votes for the Waters’ censure fell directly down party lines.

Nancy Pelosi, Speaker of the US House of Representatives

Politicians in D.C. are likely receiving requests from their constituents that are in direct opposition to those from other regions, and there doesn’t seem to be much wiggle room for negotiations despite the DNC’s firm grip on the US House, Senate, and White House.

Now that a Derek Chauvin guilty verdict has been rendered, that precedent will echo across the judicial system of the United States, and has the potential to completely overhaul police procedures going forth.

There is the potential that Chauvin being declared guilty, combined with the partisan defeat of the Maxine Waters’ censure resolution in the House, could cause relations warm and the business of congenial lawmaking to commence, but there have been no handshakes across the aisle just yet.

Political betting sites have not debuted any odds for the US House midterm elections, and that doesn’t bode well for the Republican Party’s chances of flipping enough seats to gain a majority come November of 2022.

A line has appeared featuring 2022 US Senate midterm betting odds, but the line does not offer much of a preview, and seems mostly geared to draw action from bettors to see which way the wind is currently blowing.

Once the line begins to receive action, the money line odds for each outcome will shift to make up for the differential.

The real reason that this line offering odds for betting on US Senate elections has appeared is that it is the only branch that is expected to be competitive, and is a clear indication that the GOP does not have a legitimate probability of overcoming their minority status in the House.

The party-line vote for Waters’ resolution in the US House is a sign that each faction is all-in for the home team, so the GOP could focus their efforts, and campaign funds, toward re-capturing the US Senate in 2022.

Perhaps the above US Senate betting line is accurate after all. Even though there may not be a line produced for the overall balance of power,  odds for betting on the US House will likely appear for individual races that either features a popular candidate or is tight in the polls.