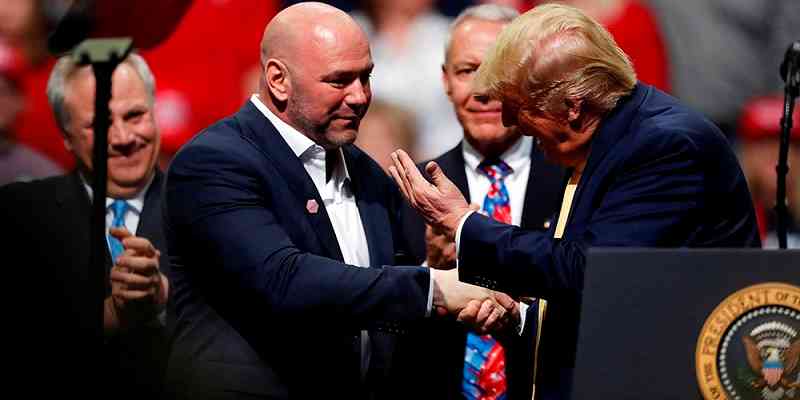 Back in 2016, when Donald Trump and his campaign were trying to gather speakers for his first Republican National Convention, the roster included many non-traditional participants that came from outside of the political arena.

Z-grade actor Scott Baio and Duck Dynasty star Willie Robertson were some of the oddball highlights of the last RNCs speakers, but the 2020 convention includes a guest list that features more parts per million and less fluff in regards to legitimate political content.

The Republican odds to win the 2020 Presidential election have been low since March, but they have been rising since Joe Biden’s selection of Kamala Harris as his Vice Presidential running mate.

The RNC offers Trump a chance to gain some ground on Biden prior to the three scheduled debates that begin toward the end of September.

One speaker who is returning from the 2016 convention is Ultimate Fighting Championship president Dana White. He is a longtime friend of Trump and has supported him since he first announced his intentions to run for President.

For gamblers looking for to wager on political prop bets, oddsmakers have produced a bevy of lines just what exactly Dana White will say while at the podium of the RNC on night three.

Popular online betting site BetOnline has provided the following betting lines on what Dana White will say during his speech at the RNC, when he will say it, and how many times.

What will Dana White say First?

Dana White is no stranger to political sportsbooks, as his UFC has weathered the storm of the COVID-19 pandemic with minimal disruption, allowing for live betting lines on combat sports at a time when most athletics were dormant.

White’s MMA promotion did have to cancel events early on, but that was entirely due to state regulations that were enacted after the card was scheduled that forced them to look for another venue.

His aggressive tactics led him to attempt to promote events on Tribal lands before he eventually booked cards in foreign locations such as Brazil and Abu Dhabi.

The UFC was finally able to gain some ground in Florida when Governor Ron DeSantis, a Republican ally of Trump, allowed White to host events in Jacksonville.

Trump and White share the same tenacity and tend to press forth until they get their way. They also share similar opinions on whether or not the country should proceed as usual amidst the Coronovirus situation. Nothing will stand in their way when they are trying to achieve a goal.

With that in mind, will White approach the podium with more fire than usual tonight? He is not a fan of ties so the best line we can get on his attire is the color of his shirt. Perhaps “Red” would be the best option as it may light a fire under Trump’s base, as well as fans of the UFC.