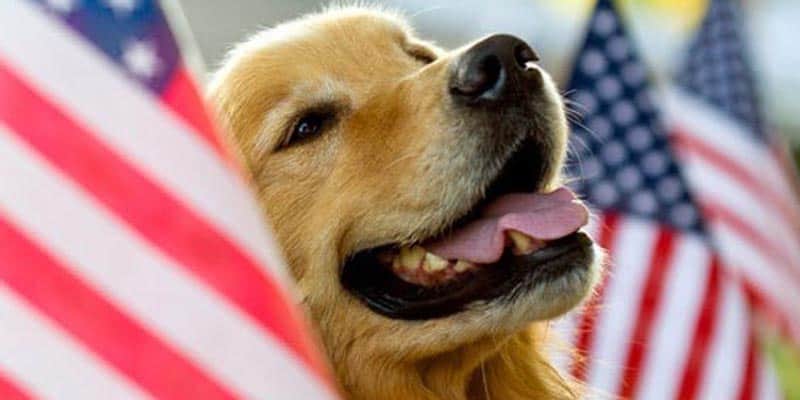 There are many reasons a voter might want President Trump out of the White House. One of those reasons could be his lack of four-legged family members.

Trump is the first president in 150 years without a pet during his presidency.  The only other two presidents to not have any pets during their tenures were Andrew Jackson (1829-1837) and James Polk (1845-1849).

Trump has even gone on to say that pet ownership is “so low class,” when discussing Vice President Pence’s family animals. This opinion did not go over well with America’s pet owners, which make up the majority of households in the country.

In a survey by the American Pet Products Association, 68 percent of American households, a whopping 85 million families, have pets.  It comes as no surprise that Democratic party hopefuls are playing into America’s love for animals.  For a young voters’ pool that favors pets over children and chooses their homes based on yard sizes for puppy playtime, Democrats are wise to connect to their supporters in such an intimate way.

One of the most popular potential First Pets of the 2020 Democratic race is Bailey Warren, Sen. Elizabeth Warren’s golden retriever. With his own Twitter account, which has over 17,000 follows, Bailey is a frontrunner for owning the White House lawn.

The “consumer watchdog & campaign furrogate” is named after George Bailey from It’s a Wonderful Life, because, as Warren stated in a July 2018 tweet, he was “a guy who was decent, determined & saw the best in people.”

Friends, meet Bailey. We named him after George Bailey, the community banker in It’s a Wonderful Life — a guy who was decent, determined & saw the best in people. I always thought the role of GB was written for a Golden Retriever, but Jimmy Stewart did a nice job with it. pic.twitter.com/tcg0m8KvmW

Like Sen. Warren, Bailey’s chances of reaching the White House are +850, per Bovada.

Rising to prominence as the cover pet on Vanity Fair’s April 2019 issue,  Artemis shares a home with Rep. O’Rourke’s other two pets: another dog named Rosie and a cat named Silver.

“Man, I’m just born to be in it.” Beto O’Rourke seemed to come from nowhere to the brink of a presidential candidacy—but he’s been on this journey for his whole life. For our April issue, O’Rourke spoke with Joe Hagan. Photographs by Annie Leibovitz.

Artemis’s odds have slipped since the first round of Democratic debates and currently sit at +3500.

Meet Maple, the newest member of the Gillibrand family!

The Labradoodle has since become the office therapy dog in New York with hopes of consoling all Americans in Washington, DC next year.

Maple’s odds are slim at +10000, but anything can happen within the next year.

Buttigieg and Truman and Buddy

Buttigieg and husband Chasten first made a home for Truman, a beagle-lab mix.

The couple saved their second dog, the one-eyed beagle-pug mix Buddy, from the local pet refuge in December 2018.   The pair also have their own Twitter account with over 77000 followers.

Buddy and Truman are doing well in their White House chances, currently with +1000 to become First Pets of the United States.

Booker and his future pet

New Jersey Sen. Cory Booker does not currently have a pet, although he promises to adopt a furbaby if elected President.  Do not take his lack of pets as a sign of not caring. When Booker was mayor of Newark, he rescued a neglected dog from Jersey’s freezing winter temperatures.

The promised pet does not yet have odds, but if we use Sen. Booker’s current presidential odds, it’s bleak at +7000.

Who is the Top Dog?

Although Bailey Warren might claim the title as most popular First Dog candidate, the Buttigieg pups share the top spot. Truman and Buddy are a symbol of American values. From their mixed heritages and Buddy’s shelter rescue to their status as a modern family in a leadership role, the Buttigieg dogs are America’s pets.