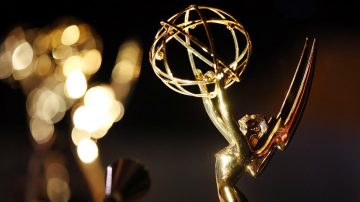 The Emmys are dedicated to awarding shows in various categories such as Best Actor/Actress, Best Supporting Actor/Actress, Writing, Directing, etc. Normally, creative shows like “Game of Thrones” or “Stranger Things” walk away with the bulk of awards. This year’s Emmys revealed an interesting trend with popular culture with most of the awards going to political shows. People betting on the ceremony were left surprised with the outcomes.

Given the current political climate, it is no surprise that topical shows were dominant. If not for being topical, any type of progressive shows received a nod from the Hollywood hierarchy. The amount of political discourse taking place has put Americans at odds with each other. Many have turned to television to seek some type of relief, whether comic or just an escape.

If the Emmys showed us anything, it is that politics are trending and entertainers and show runners are using their medium as a platform to express different views on the subject.  Since Hollywood leans left, most shows are fairly liberal and possibly even influence those interested in sportsbooks offering political betting odds.

“Saturday Night Live,” a show well known for its satire, especially regarding politics, has found new life under the Trump presidency. Alec Baldwin received an award for his portrayal of President Trump. Kate McKinnon won for her portrayal of Hillary Clinton and Kellyanne Conway.

Melissa McCarthy’s portrayal of former Press Secretary Sean Spicer drew much attention to the program, and the entire season was basically a satirical commentary on the current political situation. SNL also walked away with the Outstanding Variety Sketch Series Award, and for a show that has been ignored by the Emmys in recent years, this victory proves the country is looking for humor.

“The Handmaid’s Tale” was another example of a show with political ties walking away a winner. The show is a dystopian drama that addressed authoritarianism in America. “The Handmaid’s Tale” won Best Drama along with several other awards. “Veep,” a show centered on politics, saw lead actress Julia Louis-Dreyfus win Outstanding Lead Actress. She, along with other winners Alec Baldwin, Donald Glover, and John Oliver took a jab at the President in their acceptance speech.

The award ceremony set a record low in terms of viewership, and it is believed the show’s politically charged atmosphere pushed viewers away. Outside of Emmy contention, other political talk shows on CNN and MSNBC are experiencing surges in ratings.

Politics are in the limelight this year, and many actors and actresses couldn’t help but notice the political theme of the Emmys. Powerful dramas were left out in the cold, and this year’s result even begs the question of whether “Game of Thrones” would have won (they were ineligible due to their later start date).

2020 will be one of the most interesting elections in history. If President Trump makes it through his entire term, he will likely run again. There are already some political outsiders projected to run, and presidential betting odds are open for 2020 candidates. If the Emmys are an indication of anything, it is that politics are on the mind. If you are betting on any more award shows in the future, keep politically-based shows and movies in mind.