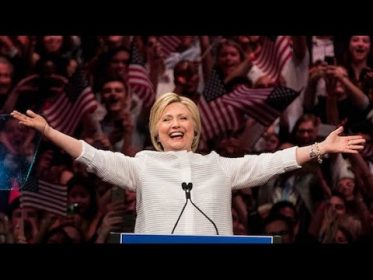 As news came in from FBI director James Comey on Sunday that the agency’s position concerning Hillary Clinton’s emails remained unchanged, we saw a dramatic shift in the 2016 presidential betting odds. It seems the oddsmakers deemed it appropriate to restore Clinton’s sizable lead as the frontrunner ahead of Donald Trump.

When the FBI reopened the email case, Clinton’s lead diminished considerably in the odds, while Trump’s position had strengthened. However, that has all been undone and the wide gap that once separated the two candidates has been put back in place.

Hillary Clinton has remained the frontrunner throughout the election, with the odds favoring her consistently. Bovada odds for the 2016 Presidential Election as well as those of other prominent political betting sites have reflected Clinton as the frontrunner since before she received the Democratic Presidential Nomination.

Though he never pulled completely ahead, Trump’s position had strengthened over the last few weeks as the FBI decided to reopen the Clinton email investigation. It was a short-lived bolster, however. Once the FBI cleared Hillary’s name for the second time in a row, the odds improved for her significantly and the stock market even surged as if to celebrate.

The news sparked outrage from those who feel that the Clintons are not subject to the law or even the rules. Trump’s camp responding in like, claimed the FBI has acted inappropriately concerning the investigation and the decision not to bring charges against Clinton.

We all know it is bad judgment on the agency’s part. We all know she grossly mishandled classified, sensitive data associated with national security and lied to everyone about it. People have gone to jail for less. We all know it, but her supporters are able to just sweep it under the carpet without a second thought thanks to the FBI.

At the time of this writing, Clinton’s lead is restored with a -500 and -550 at two sports betting sites offering political betting lines. Trump is at a current +350 and +375, setting the spread to be slightly larger than right before the investigation was reopened. This indicates that the oddsmakers see Clinton as extremely resilient, and Trump as far less of a threat to her a day before the final voting takes place.

Early voting for this race has broken records. Most counts place Clinton ahead in the early voting results, which likely contributed to the significant lead that was restored to Clinton’s odds to win the presidency.

We do expect the political odds for the 2016 United States presidential election to fluctuate somewhat over the next two days as the election finally wraps up. We may also see some interesting props bets surface for the final day of voting.

While we may not relish just how volatile and divisive this election has been, we are enjoying the action this brings to the presidential election odds and lines. A contested election is probably a given no matter who wins, in which case we will see a whole new round of betting lines emerge to keep the action alive.