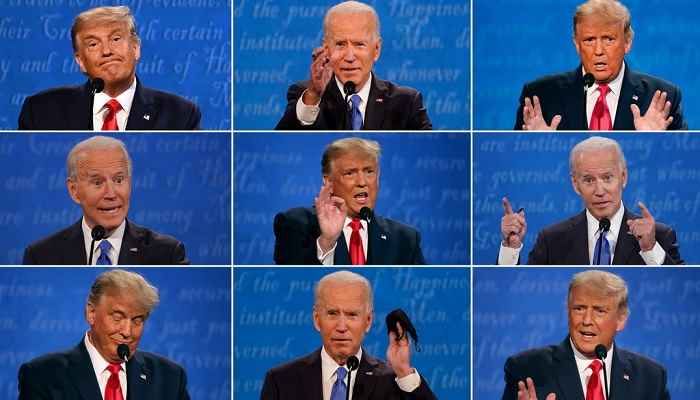 Joe Biden and President Donald Trump went head to head on critical issues facing the country. In a digression from the first presidential debate, the two candidates kept a consistent, calm demeanor. May Americans dreaded another screaming match, but last night thankfully centered around policy issues.

Of course, the debates were not void of ad hominem attacks. President Trump leaped on any opportunity to disparage Biden’s 47-year career as a politician.

“It’s all talk, no action with these politicians,” President Trump said.

The President also brought up the Hunter Biden email scandal on multiple occasions. He cited reports of Hunter Biden’s overseas business dealings and the vice president’s knowledge and involvement in the transactions during his diplomatic duties in Ukraine.

Joe Biden responded by dismissing the emails’ validity and citing US officials’ reports that Russian operatives interfering in the campaign were the laptop and email source.

In terms of policy, COVID-19 plans were a hot topic. Joe Biden again slammed the President on how he dealt with the pandemic and the subsequent socio-economic fallouts. The President defended himself. Trump’s main argument was that the epidemic is experienced worldwide and not just in the US. His administration has done a great job of providing ventilators and working on producing a vaccine.

The President later acknowledged that it might take longer than weeks but plans for mass military distribution of a COVID-19 vaccine when it becomes available.

The two candidates later blamed each other’s political parties as to the reason behind no new pandemic stimulus package.

In terms of healthcare, President Trump again failed to lay out any specific policy measures in response to Obamacare.

Foreign policy was another subject of debate. The United States now faces threats from foreign governments such as China, Russia, and North Korea. Biden stated that Trump is beholden to shaking hands with “thugs,” while Trump indicated that he has excellent relationships with foreign leaders and that those relationships are responsible for protecting Americans from foreign entanglements.

Biden laid out that he would not let foreign enemies push around the American people and that he would make any country pay for grievances and play by international protocol.

It boils down to an isolationist versus multilateral approach.

The two candidates continued to spar over immigration and race policy issues. Trump blamed Biden for building “cages” on the border, while Biden slammed Trump for separating immigrant children from their families.

On the race issue, Trump claimed he had done more for black Americans than any other president, save for Abraham Lincoln. He touted his success at providing funding for Historical Black Colleges around the nation. Biden took a more personal approach, addressing system racism as an undemocratic system that politicians cannot stand for.

Finally, one of our recommended sportsbooks, MyBookie, saw a shift in the presidential election odds after last night’s debate. Let’s look at a before and after snapshot and how Trump’s odds of winning vs Biden’s odds of winning have shifted.

These odds reflect a tightening of the race between the two candidates. Trump closed the gap in ten points swing and noting that this is just a single day after the debate, this is a significant shift. We suggest placing your wagers sooner rather than later before the margin grows thinner.