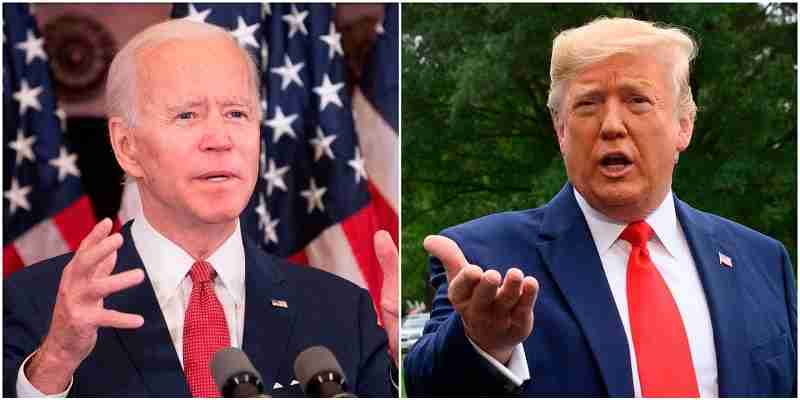 Will Trump’s Odds Recover After First Presidential Debate In Cleveland?

The first Presidential debate of 2020 will occur at the Cleveland Clinic on September 29 between frontrunner Joe Biden, and incumbent Donald Trump.

The original location had been set for Notre Dame University in South Bend, Indiana, but difficulties created by Coronavirus concerns caused the venue to cancel.

“The inevitable reduction in student attendance in the debate hall, volunteer opportunities and ancillary educational events undermined the primary benefit of hosting — to provide our students with a meaningful opportunity to engage in the American political process. But in the end, the constraints the coronavirus pandemic put on the event — as understandable and necessary as they are — have led us to withdraw.”

Potential third-party independent candidates are notably absent from the list of debate invitees. Kanye West is doing his best to get on the ballot in states where deadlines to register have yet to pass, so perhaps there is still time for him to garner enough support to earn a spot on the debate stage.

Libertarian Presidential candidate Jo Jorgensen has not been invited to the debate in Cleveland. Perhaps now, more than ever, it would be appropriate to hear from a candidate that is from outside of the confined spectrum of the United States’ two-party politics.

With both Trump and Biden well into their 70s, the addition of two younger debate participants could serve to challenge the older candidates and their current lines of thinking.

Without independent, alternative, younger perspectives included in the presidential debate proceedings, Biden and Trump will have free reign to focus on the partisan politics that have divided this country for the past several Presidential elections.

That also further serves to open the door for Trump to gain an edge on Biden in the polls and in the betting odds. Biden has a strong lead in both departments and has held that advantage for several months now.

The tide began to turn once the nation lost faith in Trump following his handling of the Black Lives Matter protests and the spread of COVID-19.

Many reasonable voters in the United States are tiring of Trump’s tactics that rely more heavily on his gut instinct than the advice of his cabinet and staff.

Dr. Anthony Fauci has continuously offered suggestions to the US public that do not align with Trump’s opinions. They had recently gone nearly a month without speaking but seem to be on good terms again as recently as last week.

Offering more than one angle of criticism could be what it takes to topple Trump on the debate stage, but that sudden influence could be something that Biden and his campaign are not willing to allow.

Considering the Presidential election odds, we can’t blame Biden for wanting to keep his path to the White House narrow, as his current lead suggests a blowout victory over Trump in November.

Keeping his message simple, and directed at Trump, allows for the path of least resistance for Biden. Adding a second voice in opposition to Trump could muddle his message and cause a situation where the vote could split and deliver a narrow victory to the GOP.