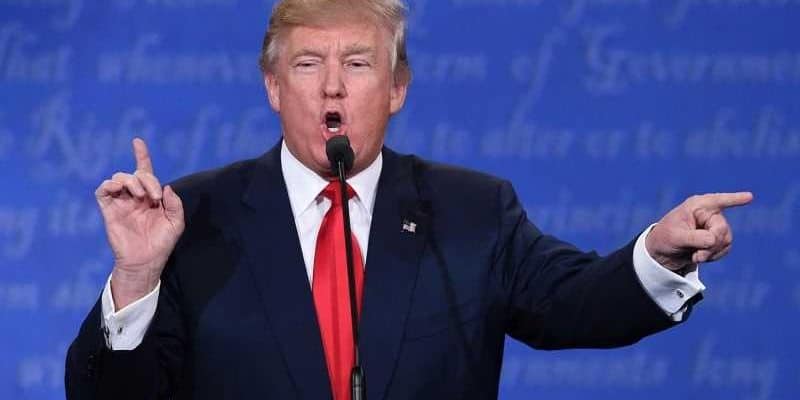 Five Reasons Why Election Odds Are Better Than Election Polls

If there’s anything to take away from the 2020 US Presidential election, it’s that political betting odds were once again vindicated as more accurate than political polls.

Of course, that’s to be expected.

The polling in the most recent election was historically terrible, with very few pollsters coming even remotely close to falling within their own margins of error.

Such polling was already proved untrustworthy in 2016, but 2020 was 2016 on steroids. Pollsters have failed bigly, and they’re a national embarrassment.

If you want very public evidence of so-called specialists being very bad at their jobs, look no further than the average commercial polling outfit.

Then again, there is the compelling argument that pollsters don’t care about assessing public sentiment as much as they care about shaping it on behalf of their sponsors, but that’s a (mostly) different matter.

While it will come up in our discussion of why betting odds are more accurate than political polls, it’s not among the primary overarching reasons for this phenomenon.

Without further ado, we present to you the top five reasons why political betting lines are far more accurate and fundamentally more predictive than election polls.

Betting Has No Bias

Yes, bettors have biases, but betting has none.

When a legal online election betting site posts Presidential odds or any other political betting lines, they are not framing a narrative for public consumption or trying to influence your decision in any way.

Granted the moneylines might influence your financial approach and cause you to take an underdog based on its outsized payout potential, even those lines are rigidly engineered to be wholly reflective of where other bettors are spending their money.

The lines aren’t based on anything else.

Your online sportsbook is selling you a betting slip, not an idea or some lofty promise about anything. They aren’t selling you a movement or a mentality or a set of morals and values.

With election betting, you’re presented with a situation, given two or more explicit and concrete potential outcomes, and tasked with picking what’s going to happen.

If you’re right, you win the payout as advertised, and if you’re wrong, you lose the money you’ve risked. That’s it. There is nothing more to it.

If only politics was as straightforward as political betting!

Betting Is Optional And Unsolicited

Pollsters call you, text you, and harangue you for data that they sell to media outlets and campaigns. That’s their job.

Political betting sites, on the other hand, do no such thing. They just post betting lines on their odds boards, and you can participate or not. The choice is yours.

Betting is totally voluntary from start to finish.

But because polling is often intrusive and can feel non-voluntary in terms of aggressive or repeated solicitations, the upshot is that many polling respondents lie.

Bettors, on the other hand, never do, as they have no reason to.

No bettor is going to put money on any outcome he or she doesn’t actually believe is going to be the actual outcome.

In this way, bettors would “lie” to get more favorable odds on their favored outcomes, and they’d pay for the privilege.

But alas, there’s no real spread betting on politics (which is where this method was most useful historically), and even if there were, most bookmakers aren’t taking six-figure or seven-figure wagers on elections.

Other than that, betting sites are entirely ambivalent about your individual makeup.

Conversely, demographics are just about the only thing pollsters are interested in, as their busted predictive “models” use such things to shape a picture they can sell to the public, the media, politicians, and so on.

Sure, bettors take the demographics of certain states or districts into account when gambling on the outcome of a particular race in a particular region (bettors are more informed than voters in this respect, which could be its own entry on this list), but these are based on historical voting trends more than anything else.

Polling divides people into little groups predicated on superficialities and nonsense, while betting brings people together in one big group and empowers them to speak for themselves.

The best polls are those that sample the most people. The smaller the sample, the wider the margin of error and the less predictive the poll actually is.

Unfortunately, nearly all state or national polling is based on sample sizes of 1500 people or less.

Often, polls are weighted on the notions of just a few hundred respondents (who, as stated, could easily be lying in the first place).

Betting lines, on the other hand, are reflective of a collective that is much, much larger than a piddly few thousand people.

Indeed, literally millions of people wager on politics, and that gives bettors – and campaigns, if they pay attention – a much better snapshot of what people actually think will happen. (It figures this would be the shortest section. Get on with it. – Ed.)

We’ve saved the best for last. To understand why betting lines are more accurate and predictive than polls, it all comes down to the people being polled.

And not their racial makeup, financial status, or education, either. Nothing like that.

No, it comes down to what those respondents are actually going to do on Election Day.

Polls often struggle to rectify their data in terms of whether or not their respondents are “registered voters” or “likely voters.”

Usually, this little tidbit is withheld from reporting whenever it suits a given outlet’s narrative requirements, but it’s a crucial distinction.

In the US, there are far more registered voters than there are actual voters, because a large part of the eligible population doesn’t vote.

Since you can get registered to vote in two seconds when doing any of a thousand different things in this country, that status means nothing. It is functionally useless.

It’s also the primary status of most poll respondents.

The more accurate polls, like those by Trafalgar or the modeling by Rich Baris and select others, take pains to focus only on “likely voters.”

That’s sensible, because any given election is decided only by those who actually vote (albeit there are now some compelling arguments to the contrary).

How do we know that?

It’s simple, and there are several reasons why this is the case.

One, bettors placing their wagers with legal online political betting sites have to be at least 18 years of age, which means they have to be old enough to legally vote.

Two, bettors must prove their identities using photo IDs and other government documentation, as the best online sportsbooks use industry-standard (but not election-standard) KYC – or Know Your Customer – protocols.

ID, remember, is deemed in many states to be a massive barrier to voting. Well, bettors don’t have such barriers!

So, bettors are of legal voting age and have all the documentation they need to easily vote even in states that have horrible, oppressive voter ID laws.

Three, bettors have skin in the game.

If you live in the US, are eligible to vote, and put a real-money wager on an election’s outcome or any political prop bet, you’re probably going to vote in that election.

After all, your actions in doing so would give you a statistical edge and help you win your wager. To not vote would be to give your bet measurably worse odds to hit.

Bettors don’t work that way when they don’t have to.

In typical sports betting, it is impossible (or at least hugely difficult and expensive) to influence a contest’s outcome in any way. With political betting, the very act of voting influences the outcome.

It’s a small edge to be sure, but how many votes were decided in the last couple of elections by just a few people?

So when you see a political line that’s been up for a month and has had tons of action shaping it every day, you can be sure that just about every single person with money on the line is going to stand in line to vote.

Now, all that said, it should be noted that these aren’t the only reasons why betting is a better predictor of election outcomes than polling – They’re simply the biggest reasons from where we sit.

You could even break this list up into a Top 10 or Top 20, as there’s enough nuance in each selection to distill the arguments much, much further.

Perhaps the Trump administration can take a look at betting outliers (i.e. Georgia) and include them as part of its Supreme Court challenge.

Which brings us to an ancillary aside that, unfortunately, bears pointing out as we wrap up for this Friday:

In terms of veracity, betting sites also have one yuge advantage over not just polling but over elections themselves: They don’t use Smartmatic or Dominion machines.

After the 2020 election – whenever this thing finally ends, and whichever way it ends up going – there will be over 70 million people in America alone who will never trust the process again.

Should The Donald get the heave-ho as widely expected, the faith that half the country has in electronic tabulation will evaporate into nothing (if it hasn’t already).

But when you bet online, you have an account, you have to prove your identity, and you get a receipt. The chain of custody is you. We even have a political betting guide about this very subject.

If only voting could be administered so diligently!

Of course, that’s a different issue, and it’s a lot more complex than fixing the institution of polling.

Let’s see if these idiots can at least get the latter right in time for the next one.