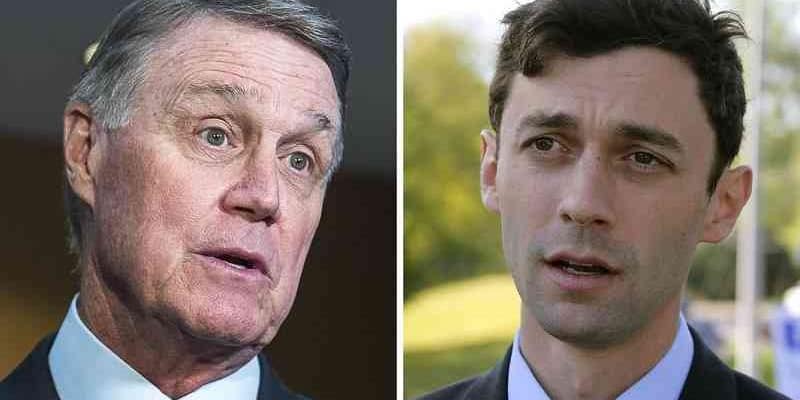 In the future, if confronted with the statement “your vote doesn’t matter,” be sure to mention the Georgia US Senate elections of 2020-21 as a rebuttal.

Votes are still being counted in GA, and although Raphael Warnock has been declared the victor over Kelly Loeffler, Jon Ossoff is clinging to a slim lead in his race against incumbent David Perdue.

Although all US Senate betting odds have been removed from the boards at online sportsbooks, Ossoff and Perdue’s battle is still very much in play. The political party that controls the majority in the US Senate will come down to these last handful of votes that are being counted now.

Ossoff is currently ahead by roughly 17,000 votes, and if he can remain in the lead while the final districts report, then there will be a split in the US Senate with 50 Democrats and 50 Republicans.

On January 20, President-Elect Joe Biden will be sworn into office and will take command of the United States. When that happens, Vice President Kamala Harris will ascent to the US Senate Presidency and will step in as a tie-breaker when needed.

The more important aspect of Harris’ VP nod is that her party of choice dictates the majority in the US Senate when there is a split. If Ossoff wins, it is very likely that Chuck Schumer will ascend to become the Senate Majority Leader. Biden, Nancy Pelosi, Chuck Schumer, and Harris will be the most powerful people in Washington, D.C., and will control the direction of United States politics for at least the next 2 years.

GOP veterans Mitch McConnell and Lindsey Graham will convert to the minority party in the US Senate and will give way to a blue wave in D.C. that controls both legislative branches and the White House.

The constant barrage of campaign advertisements over the past several weeks warned of this possibility, and it appears to be coming to fruition as Ossoff and Perdue near the finish line.

The Democratic Party is now positioned to control D.C., all thanks to less than 20,000 voters in one state. That’s around the same amount of people that can fit into a typical NBA arena, and represents such a tiny percentage of the voter population that the smallest misstep could prove to be enough to make a nationwide difference.

Per a Fox News report, President Trump’s allegations of voter fraud in Georgia may have caused Peach State Republicans to have doubt in the election process. Future politicians and political bettors should take note of these developments as they provide valuable inside into how these types of allegations from a higher power can impact election results, be it positively or negatively.

Although the political betting on Georgia’s US Senate elections has simmered down, prop bets on President Biden’s regime, as well as futures odds on candidates for the next New York City Mayor have appeared on the boards.

As more initiatives, court battles, Twitter tirades, and legal squabbles continue, so will the political betting odds at online sportsbooks, creating action even when campaign season has concluded.