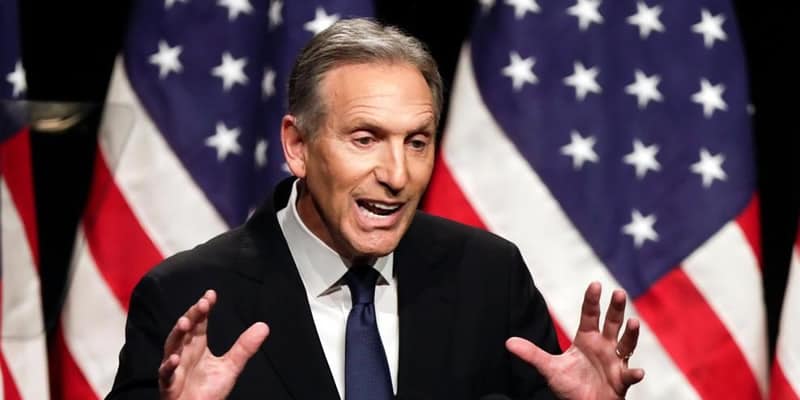 Howard Schultz has a lot of “formers” in his career biography. The former Starbucks CEO is also the former owner of the Seattle SuperSonics.

However, as of this week, the billionaire can add former “almost” presidential candidate to his resume.

Schultz teased a campaign in January as a centrist-independent after stepping down from Starbucks in 2018.

But after suspending his “soon-to-be-announced” 2020 presidential campaign in June due to health concerns and staffing cuts, Schultz officially ended his independent run to the White House today.

On his official website, Schultz expressed concern that his name would appear on ballots as an independent candidate and could hurt a moderate Democrat candidate if one were to earn the party nomination.

“If I went forward,” Schultz writes, “there is a risk that my name would appear on ballots even if a moderate Democrat wins the nomination, and that is not a risk I am willing to take.”

But Schultz still plans to use his time and money to “elevate humanity” in America.

“The money that I was prepared to commit to a presidential campaign will instead be used to invest in people, organizations and ideas that promote honesty, civility and results in our politics, and that move the country beyond two-party gridlock.”

Even if Schultz went through with his presidential plan, his chances were a longshot at best. Before dropping out, Schultz’s betting odds of winning in the 2020 election were +20000. For comparison, Michelle Obama had better odds at +15000.

Unlike President Donald Trump, Schultz’s attempt to win over voters as a non-politician billionaire did not go as well as it did for the Commander-in-Chief.

Trump’s possible reelection was another reason Schultz bowed out. As a third-party candidate, Schultz feared that he would steal votes from a Democrat and lead to four more years of a “uniquely dangerous” Trump.